Triumph Motorcycles UK may be readying a more powerful, emission norm-compliant replacement for the Triumph Rocket III cruiser. This information comes more than a month after a design sketch of an updated Rocket III was flashed on the screen during a presentation at a dealer conference. Now comes an image of what appears to be a pre-production prototype which was ridden across the stage of a dealer conference. The distinct tail of the prototype gives it away, and this motorcycle could likely be launched sometime in mid to late-2019. Production of the previous generation Rocket III was discontinued owing to non-compliance with the latest emission norms. 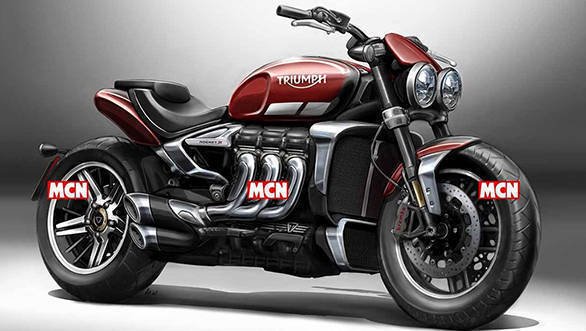 Details of the the new Triumph Rocket III have not been revealed as yet. However, it is likely to feature an updated 2,294cc three-cylinder engine and retain its title as the largest production motorcycle engine in the world. Peak power from the last generation Rocket III Roadster was 150PS with a torque figure of 221Nm. Expect the new Rocket III to boast a power figure around the 180PS mark, to surpass the Ducati Diavel 1260. 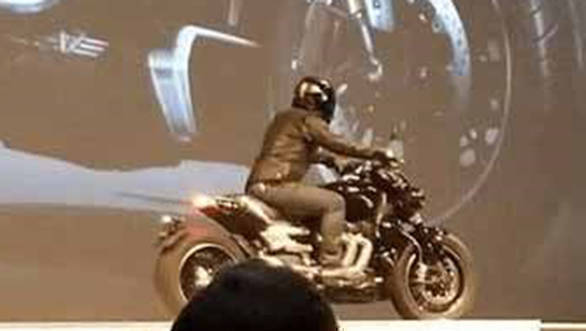 Triumph may also include more electronics including riding modes, traction control levels, and possibly wheelie control. From the design sketches as well as the brief glance from the spy shot, it appears, the new Rocket III will sport a single-sided swingarm. Hence the twin shocks from the previous model may also be replaced with a monoshock at the rear. We can also see the signature twin round headlamps in the spy image.