To call the current scenario regarding Indian roads and automobiles haphazard would be an understatement. In the last year or so, numerous regulations have been issued or proposed by the Ministry for Road Transport and Highways (MoRTH). Union Minister Nitin Gadkari, who helms the ministry, said, "The auto industry has one of the highest employment potentials in the country. The future is very bright and we should make the auto industry according to international standards." In this piece we try to make sense of it all and see where the road is heading in terms of the Indian automotive landscape. 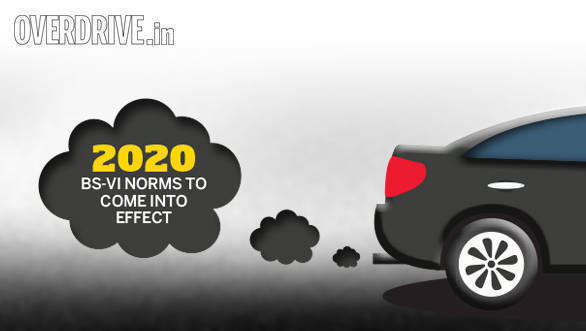 With the new regulations, the first issue that the ministry aims to tackle is the menace of rising air pollution. Besides the recent ban of cars with 2-litre plus diesel engines in the Delhi-NCR, the government is working hard towards introducing BS-VI emission norms across the country by April 2020. The availability of BS-VI fuel across the country is critical for the feasibility of introducing BS-VI norms in the country. In this regard, former environment minister Prakash Javadekar has stated that the government will invest Rs 60,000 crore to improve fuel quality to BS-VI levels. The government is confident of providing BS-VI quality fuel by the intended deadline. However, fuel adulteration is a major concern in Tier-2 and Tier-3 cities and stringent quality control processes need to be implemented.

Engine technologies will also need to be updated to comply with BS-VI norms. In case of diesel-powered cars, for instance, BS VI will necessitate the incorporation of the Diesel Particulate Filter (DPF) in the exhaust system which would increase costs. DPFs trap the harmful particulate matter as they flow out of the exhaust system. Some systems self clean by burning off the residue at high temperature while others need periodic cleaning. Without DPFs, BS-VI fuels would be rendered redundant.

Another big issue that the government needs to tackle is the uncertainty when it comes to emission norms and other regulations in the country. The knee-jerk diesel ban, for instance, has many manufacturers up in arms against the ruling. The sheer arbitrariness of the ruling is also a matter of concern since there was no empirical evidence to justify the ban.

Maruti Suzuki's CEO and Chairman, RC Bhargava, stated that it's nitrous oxide (N2O) that's to be blamed and not Particulate Matter 2.0/ 2.5 (PM2/ PM25) for the alarming levels of air pollution in Delhi-NCR. He further stated that adopting western practices completely, to counter pollution, does not help in the Indian context. Detailed studies are the need of the hour to come up with specific solutions for India. Just before going to press, the National Green Tribunal (NGT) issued an immediate ban on all 10-year-old diesel cars in New Delhi. Pawan Goenka, executive director, Mahindra and Mahindra, says that vehicle regulations in India are unstable and every new budget levies changes to vehicles which does not bode well for the automobile sector.

Another new programme is the Voluntary Vehicle Fleet Modernisation Programme, wherein vehicles bought on or before March 31, 2005 can be exchanged for a new BS-IV compliant vehicle. Owners, in exchange for their old car, get financial aid to buy a new car. They get a scrap value of the car, partial excise duty exemption and manufacturer's special discount. The aim is to scrap old vehicles which contribute to air pollution at a greater level than modern day cars. The fuel efficiency of such cars is below that of modern cars, which translates to higher fuel imports and considerable losses to the exchequer. The programme estimates that 28 million pre-2005 vehicles will be scrapped. The savings for oil imports itself is estimated at Rs 7,000 crore. However, the finance ministry has, so far, refused to offer partial excise duty exemption for the vehicles as buyers of expensive vehicles stand to gain more. Instead, it intends to offer cash incentives. For now, the policy is stuck in limbo.

The government is also urging automobile and auto component manufacturers in India to get involved in manufacturing pure electric/hybrid vehicles and their components in India. The government believes that the manufacturing in India will significantly reduce the cost of electric vehicles. The high purchase cost and lack of charging infrastructure is one of the primary reasons why electric cars haven't received the desired response. Pawan Goenka also stated that an electric car in the Rs 6-8 lakh bracket makes more sense in our country. 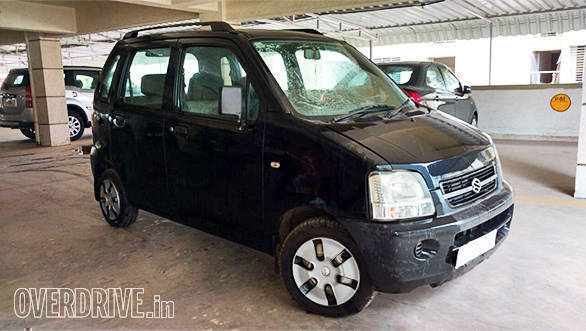 Recently, the government has approved retrofitment of electric/hybrid kits on cars that have been made on or after January 1990. The cost of the retrofitment is estimated to be under a lakh but we have our doubts. Primarily as such kits are a very new and rare concept and will be quite expensive. Further, fitting them will require extensive modifications and may affect the dynamics of the car, putting a big question mark on safety.

India is known to record one of the highest number of road accident-related fatalities in the world. A major contributing factor is the lack of safety systems like airbags and ABS in vehicles. While it may be too late, the government has finally woken up to the seriousness of the issue. The list of new regulations include making crash tests, airbags and ABS mandatory in all vehicles sold in India by 2017. Motorcycles are required to have CBS or ABS if their engine displacements are more than 125cc. New two-wheelers have to comply by April 2017 while existing ones have up to April 2018.

With regards to road safety, the ministry has identified 726 dangerous spots on highways, where fatal accidents are frequent. Labelled as Black Spots, the ministry has chronicled the locations, highway number, number of fatalities and the reasons for frequent accidents. Every year the ministry disburses Rs 9,000 crore to State Transport Ministers to get rid of these Black Spots. The government estimates a 50 per cent drop in fatalities by improving these Black Spots. However, the problem of rising number of accident-related fatalities needs to be addressed at the grass-roots level. Besides overhauling the licensing system throughout the country and improving driver training facilities, the law in general needs to be enforced strictly.

The new regulations are set to bring a positive change; however, drafting a proposal is just one aspect. Implementing these rules will be an altogether different ball game for the government. How quickly and effectively it manages to do this remains to be seen. 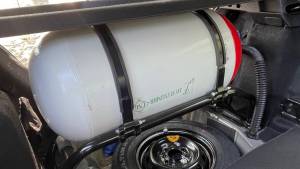