New Mahindra Moto3 team to be operated by Max Biaggi 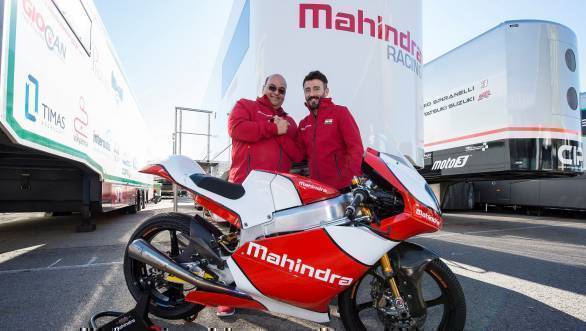 Max Biaggi will return to the MotoGP paddock, this time as the team manager of a Mahindra Racing Moto3 outfit. The Italian double-WSBK champion, and four-time 250cc world champion, has also been signed on by Mahindra Racing as brand ambassador ahead of the 2017 season of the championship.

Starting in 2017, Biaggi will be the team principal of a Mahindra-backed team in the Italian CIV championship, as well as in some races of the Spanish FIM CEV Repsol Honda Moto3 Junior World Championship. The team will field riders Alessandro Del Bianco and Davide Baldini in the two championships. Biaggi has reportedly invested his own money in the team, and is determined to use the team as a means of developing driver talent in the future. Biaggi has also declared that if his riders do well, there is also the possibility of a few wildcard entries at the world championship level in 2017.

"Max has had huge success in almost every level of racing and he understands what it takes to win. His choice of Mahindra Racing as a partner is a very big vote of confidence for the brand and the MGP3O in particular," said Mahindra Racing CEO, Mufaddal Choonia.

Meanwhile, Biaggi stated "My passion for racing is still very high and I feel the need to give back to the racing community in Italy. With this project I am hoping to help young Italians achieve their dreams of racing and winning in the World Championship. Mahindra have shown incredible progress in 2016 and it is clear to me that the MGP3O can be a championship-winning machine. I approached Mahindra as I know that together we can be fighting for the top. They are offering a great level of support to me, my team and the riders. I wish to once again thank them. I am sure 2017 will be a wonderful year for us both."