India's leading lubricant developer SKF, has developed a new grease which will be added to the company's BeyondZero product portfolio. The company says that the new product has been designed specifically for hub bearing units. 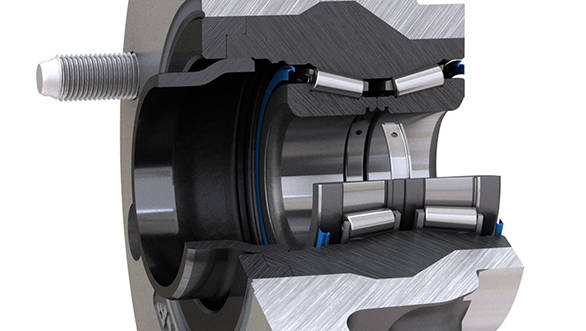 The new grease is compatible with all generations of hub bearings

The company claims that their new product offers the same levels of performance in parameters such as, sealing, stiffness, life and false brinelling but will provide 9 per cent less friction and will also reduce absorbed energy by 9.5 per cent. All of this, results in improved vehicle efficiency consequently resulting in lower emission and higher fuel efficiency figures. The grease developed achieves an optimized ratio between friction modifier and anti-wear additives and is compatible with all generations of hub bearings.

SKF claims that the new grease has been tested and is found to save 0.15g/km of carbon-dioxide which translates to 2.9kg of CO2 in a year with an estimated annual running of 14,500kms. These figures have been calculated by taking in to account a vehicle having four hub bearings and running on New European Driving Cycle (NEDC) at the company's Vehicle Environmental Performance Simulator (VEPS).

The BeyondZero portfolio which this low friction grease is a part of, is a range which is designed to be eco-friendly and its products have a focus on reducing - spread of toxic substances and carbon emissions.