Close on the heels of the newly launched F-Pace SUV, Jaguar has just previewed the I-Pace Concept, its first all-electric performance SUV. It was revealed to a select set of guests, via a virtual reality experience on social media platforms. The pre-production form of the I-Pace will be showcased to the entire world in 2017, while the production version is set to debut in 2018. 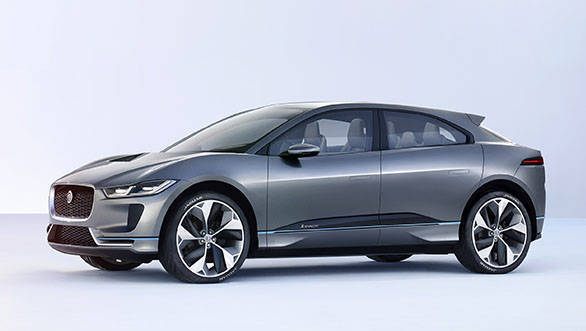 The design bears a few cues from the F-Pace. However, the SUV is a smaller in dimensions than other SUVs in its class, says Jaguar. The total length is 4,680mm, but the absence of an engine and the cab-forward design has generated more room than its competitors. Dr Wolfgang Ziebart form Jaguar Land Rover said that the I-Pace was designed on a clean sheet of paper, as in the SUV is based on a new architecture. The shape is unique, with butch wheel arches and squared-off haunches. 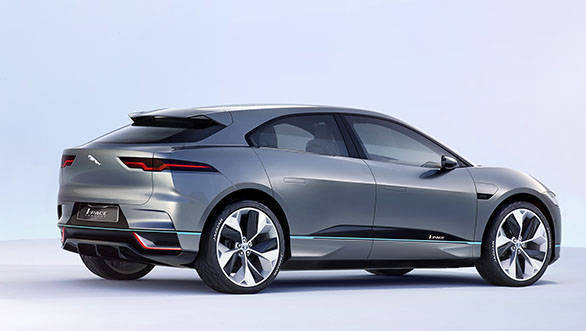 Jaguar adds that the I-Pace has a pretty slippery surface, at 0.29 Cd (co-efficient of drag), that helps reduce drag. Other interesting bits include a neatly integrated rear spoiler, a diffuser at the rear and 23-inch Nighthawk alloys. 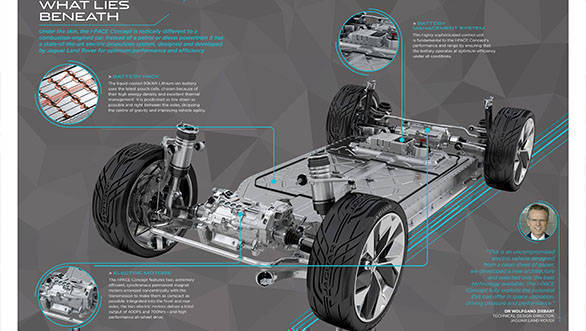 The I-Pace is powered by two electric motors, one on the front and one on the rear, giving it All-Wheel Drive (AWD) capability. The combined output from these motors is an impressive 400PS and 700Nm. The torque figure, in fact, is similar to that of the F-Pace SVR's motor. Jaguar claims the I-Pace can sprint from 0-100kmph in 4 seconds. 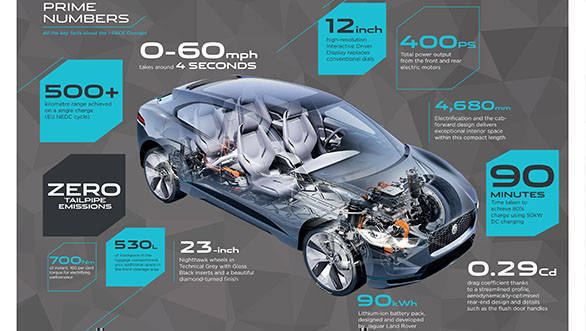 The motors get their juice from a 90kWh Lithium-ion battery pack, which has also been developed in-house along with the motors. It uses 36 pouch cells that offer lower than usual internal resistance. The battery is cooled via a two-mode cooling system. In standard mode, the liquid coolant for the battery is cooled via a radiator. If the weather gets too hot, the system also has an air-conditioner connection. The battery has a range of over 500 kilometres, as per the NEDC. The battery can be charged overnight using a standard wall socket. Using a 5KW DC charging port will reduce the charging time to a little over 2 hours. 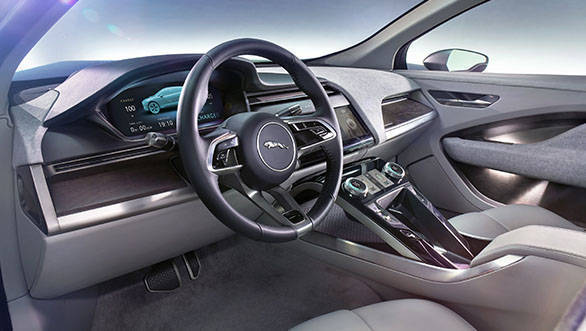 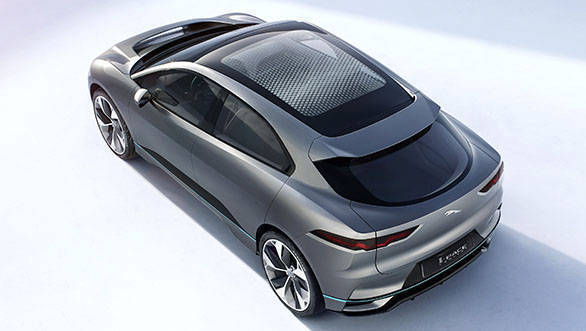 The I-Pace, Jaguar says, offers similar kind of performance and handing like its combustion engine-powered siblings. The concept car features a double-wishbone set-up up front and a five-link rear suspension. The software for the on- and off-road modes is lifted from the F-Pace.

The I-Pace will also set the base for other full-electric vehicles from Jaguar. The platform could spawn a sedan as well as an electric Range Rover in the future.

Various manufacturers have begun developing full-electric cars in view of demands in the future. Audi, for instance, has decided to pull out of World Endurance Championship (WEC) races from the end of 2016. It instead will focus on the FIA Formula E Championship which, it believes, will help it gain information and expertise to build future electric cars. Mercedes-Benz too has announced an intense focus on building zero-emission vehicles. 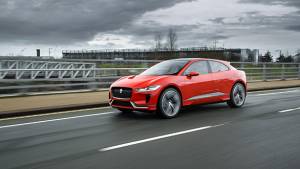 Jaguar I-Pace takes to public roads for the...
Advertisement