The new-generation Maruti Suzuki Swift has been one of the most speculated cars in India with multiple sightings of the hatchback in the camouflaged testing state. While the test mules, did give an idea of the expected design, leaked brochures have now brought in a lot more clarity. More on that in the later part of the story but most importantly our sources have confirmed that the new-generation Maruti Suzuki Swift will be powered by the existing lineup 1.2-litre petrol and 1.3-litre diesel engines. 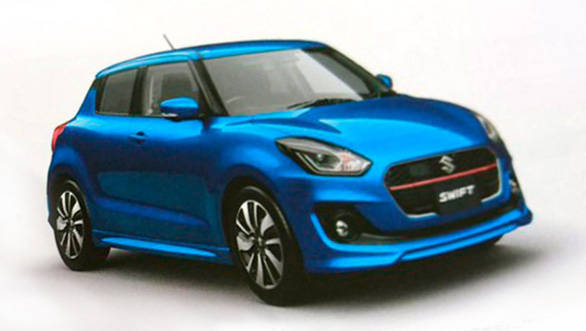 It has been speculated that the 2017 Maruti Suzuki Swift will feature the 1.0-litre Boosterjet petrol motor that is offered in the export variants of the Baleno. However, that will not be the case when Maruti Suzuki launches the new generation version of one of its most popular hatchbacks in the country. It is the Maruti Suzuki Baleno RS that will get the 1.0-litre Boosterjet first. This 998cc motor makes 111PS and 160Nm/170Nm of torque depending on variant. These numbers are 40PS and 45Nm/55Nm more than the present 1.2-litre petrol. At a later stage, Maruti Suzuki might bring in the same motor in a different tune to power the Swift RS. 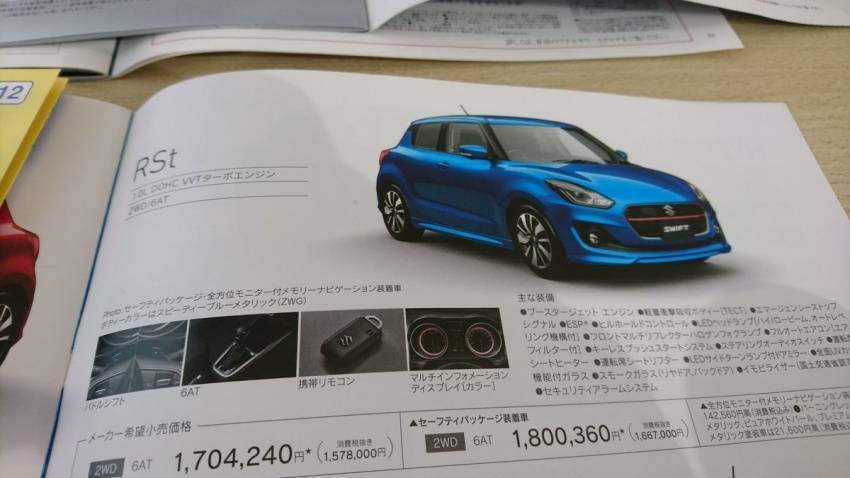 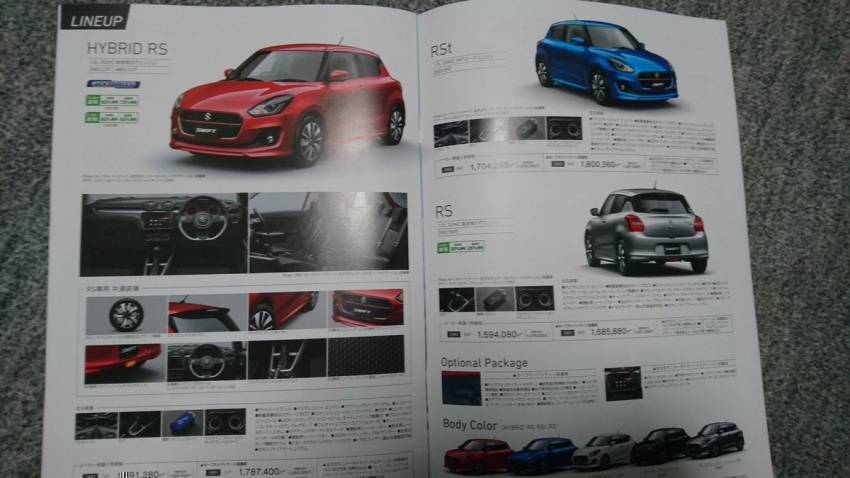 The leaked brochures of the Japanese-spec Suzuki Swift reveal that the model that will be sold in their local markets will come equipped with the 1.0-litre motor and the 1.2 litre twin-injector Dualjet engine. While the 5-speed manual transmission will be offered as standard, the 1.0-litre will come with a 6-speed automatic and the 1.2-litre Dualjet will be mated to a CVT unit. In addition to these engine options, Suzuki will also offer a mild hybrid system that uses an integrated starter generator (ISG). This unit, unlike mainstream hybrids, will only power the motor during acceleration and will generate electricity from regenerative braking.

From the images of the new-generation Maruti Suzuki Swift, as seen in the brochure, the hatch now features a more pronounced front design. The changes have given the Swift a more upmarket look. This can be seen with the larger teardrop-shaped headlamps, trapezoidal grille and the more aggressive profile sections of the front bumper. The silhouette does look similar to the outgoing model while the rear gets new LED lights along with a redesigned bumper. 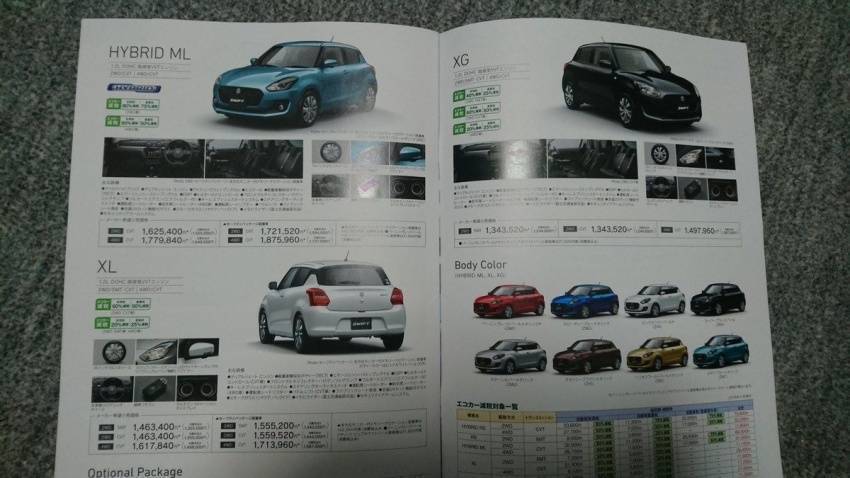 Inside, the cabin will be updated with the modern infotainment system. Considering the fact that the company's upcoming crossover Ignis is getting the Apple CarPlay and Google Android Auto compatible system, it is obvious that the same will be offered in the Swift as well.

Surprisingly, it is not that Swift but its sedan version, the 2017 Swift DZire that will be launched in India first. We expect Maruti Suzuki India to launch the new-gen Swift sometime in the festive season of 2017.