New-gen Triumph Tiger teased, to be unveiled on November 7

Triumph has dropped in a teaser video of the new-gen Tiger that will be officially unveiled on November 7 internationally. The 2018 Triumph Tiger will feature a new design, updated feature list and most importantly a new triple engine. The teaser video, titled "New Tiger", doesn't reveal much information except that there are two models of the Tiger, off-road and road biased. 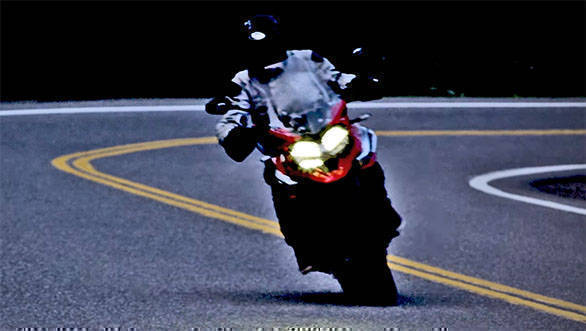 Though there is no information on the displacement of the motor, we believe the unit on the 2018 Triumph Tiger might be a 900cc based on the new 765cc triple that comes in the Street Triple range closer in tune with the base model than the RS. The new engine also means the tank volume might be changed from the present form. It is natural to assume that the new motor will be Euro4 compliant, however, since Euro5, that will come into effect from 2020 onwards, we believe the new triple will comply with that as well.

In terms of design, the new Tiger get an update but not too drastic from what we have already seen. The new Tiger gets new twin lights with LED DRLs for a familiar new age design. Also, the new iteration will get cornering lights, as seen from the video. The teaser video of the new-gen Triumph Tiger also show a new TFT display, that looks similar to the unit offered on the latest Street range. Presently, the Triumph Tiger comes with a LCD screen that displays time, ambient temperature, fuel gauge, gear indicator, odometer, trip distance etc. Even the switchgear has been updated with a backlit illumination. The Tiger in the teaser video also features a different exhaust pipe compared to the present model. It can be seen that the exhaust has been mounted at a higher point meaning the pillion might feel some level of heat from the exhaust unit. The tail light, though, looks unchanged. 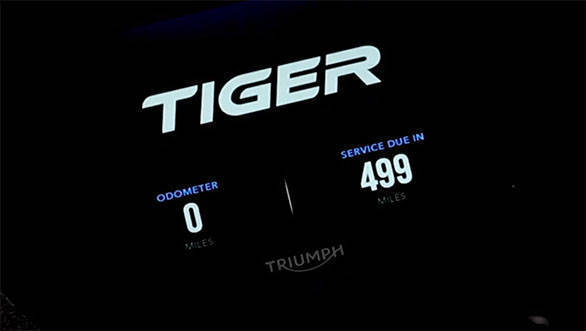 The 2018 Triumph Tiger will be revealed in the first week of November with the international launch expected to happen in sometime early next year. We hope Triumph would get the new Tiger in India before Diwali 2018 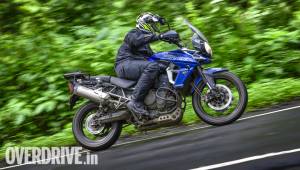 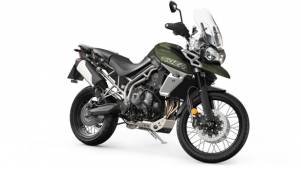