We were in Japan to attend the global premier of the new-gen Nissan Leaf. The Japanese car manufacturer announced the prices only for the Japanese and the US markets starting at $29,990 (approx. Rs 19.15 lakh, without import duty). The company plans to begin deliveries in the same by end this year. However, when does the 2018 Nissan Leaf come to India, is what we wanted to know. Daniele Schillaci, head of Nissan's global sales and marketing division, stated that the company will be starting deep tests of the 2018 Nissan Leaf by the end of this year. This does not mean that you will see the new-gen Leaf playing on the Indian streets anytime next year. Dip test effectively means that the company will be running evaluation tests on the acceptability and the feasibility of the Leaf in the country. This will be done with the help of various clinics and other similar activities in the country.

The 2018 Nissan Leaf gets an updated powertrain that boasts of a 38 per cent rise in power and 26 per cent in torque. This has significantly improved the overall performance of the car states the company. the new lithium-ion battery pack delivers an estimated range of 400 km by Japan standards, states the company. 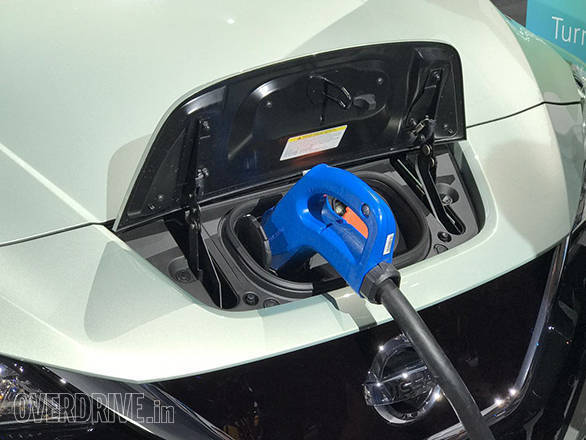 However, the Japanese automobile manufacturer is more interested towards getting the e-power technology that debuted in the Nissan Note in the Japanese market. Daniele commented that the success of the e-Power in Japan has received enquiries from other markets as well. And the company is seriously contemplating on bringing the e-Power tech to India. The e-Power powertrain comprises of a petrol engine, power generator, inverter, and a motor. In a conventional hybrid system, the conventional gasoline motor makes use of a low-output electric motor to power the wheels.

However, in the e-Power system, the petrol engine charges the battery that powers the electric motor that is connected to the wheels. This system usually requires a larger battery and motor as the later is the direct source to power the wheels. The battery in the Nissan Note is smaller than the one used in the Leaf. Daniele claims that the e-Power offers the same levels of performance as an all-electric car.