The previous  BMW 1 Series did what a BMW is expected to do. It had a powerful engine, a talkative chassis, decimated corners,  a brilliant rear wheel drive system and a near 50:50 weight distribution. And, we haven't even mentioned the BMW M 1 yet. Simply put, the 1 Series possesed driving dynamics that a BMW ought to. Sadly, the styling was not to everyone's taste, much to the advantage of its rival, the Mercedes-Benz A-Class. 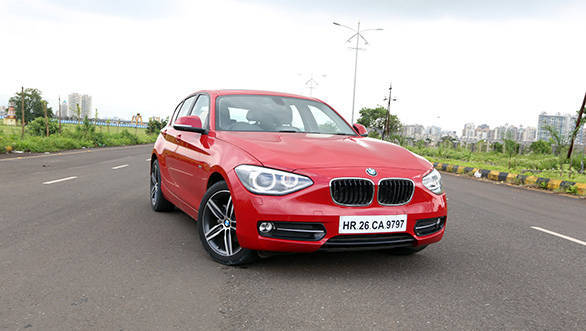 So for 2015, BMW has gone out, all guns blazing, with its new and significantly improved 1 Series. Gone are those  overly large headlamps and in comes new, sleeker headlights. The BMW kidney grille also seems to have visited the hot press, gaining a much better and intune shape. BMW have also revised the tail lamps that now feature the latest  family design L-shaped LED lights. The interiors are also revised with a 6.5-inch display included in the instrument panel. BMW have also fitted a tyre pressure monitoring system as standard on the new 1 Series.

Engines, says BMW, feature its latest generation petrol and diesel units which come with an option of a six-speed manual or an updated eight-speed auto box. BMW also said that the new engines offer improved fuel economy and reduced tailpipe emissions. The M135i features a six-cylinder, in-line engine that produces 326PS of power. BMW already sells the M3, M4 and M5. Hopefully, the 1 Series M may come to India too. 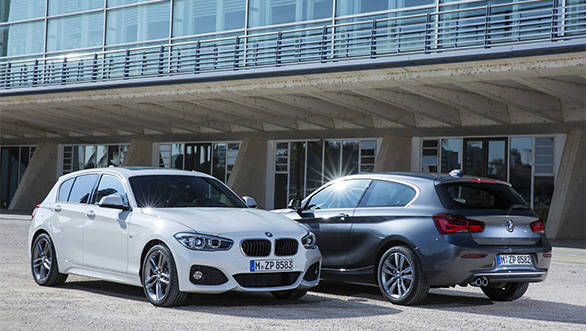 The car carries forward the good bits, such as the almost 50:50 weight distribution and unique to its segment, rear wheel drive. Powerslides and doughnuts shall hence, prevail!

Hatchbacks coming to India in 2015