An updated Audi A8 has been unveiled, and it comes with a series of design and engine upgrades. Set for an official launch at the Frankfurt Auto Show next month, the new Audi A8 gets an extensive refresh from the third and current generation A8 that came out in late 2009. The A8 will go on sale internationally by January 2014. Judging by the camouflaged cars that we caught on test in Mumbai, an India launch can't be much further away. 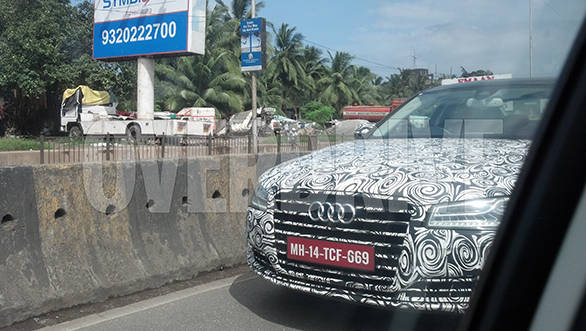 Audi A8 spotted by us during a test run in Mumbai

Visual changes include subtle revisions to the bonnet, grille, front bumpers, new chrome elements and some high gloss black window surrounds. What will catch the eye the most are the new lights. The rear lamps look sharper but it's the new optional 'matrix LED' headlamps that really catch the eye. 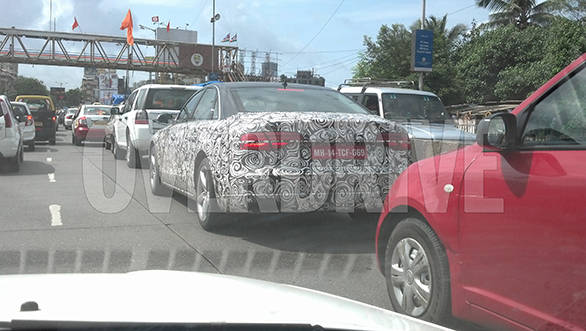 Each lamp has 25 individual LED headlamps that  automatically switch on and off  or dim  independently for better visibility of the approaching vehicle, while continuing to light up the road ahead.  The car also gets new day time running lamps and dynamic LED turn indicators that stream light in the direction the car is turning. 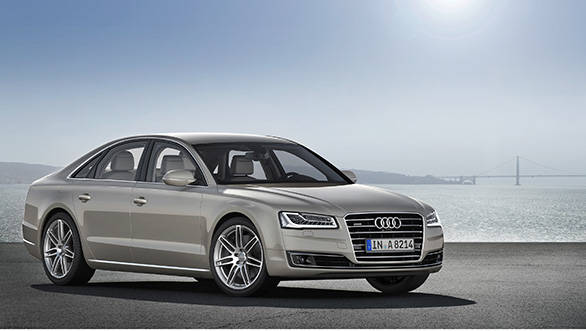 The dimensions and chassis setup stays the same but the engines receive a bump in power and efficiency. The popular 3.0-litre TDI goes from 250 to 258PS while the powerhouse twin-turbo V8 diesel produces 385PS/850Nm as against 350PS and 800Nm. The international spec 3.0TFSI petrol jumps from 290 to 310PS while the 4.0-litre twin turbo V8 petrol now produces 15PS more than the  old model's 420PS. The compact and powerful 6.2-litre W12 still makes 500PS but it now features cylinder deactivation technology for improved efficiency in sedate driving conditions. The A8 Hybrid meanwhile combines a 2.0-litre petrol engine and electric motor to give 242PS and 147g/km of CO2. The Hybrid also has an electric-only range of 3.1km.

The lavish, hand built interiors now offer even more bespoke options with new leathers, woods and plastics. There's a new 360 degree parking assist camera system that lets you see all around the car. The parking assist also handles steering duties now and there's a new heads-up display option. The car can now create a wireless which allows passengers to browse the Internet. Other technical highlights include Active Noise Cancellation inside the cabin (available on the 4.0 TFSI, W12 and hybrid models). 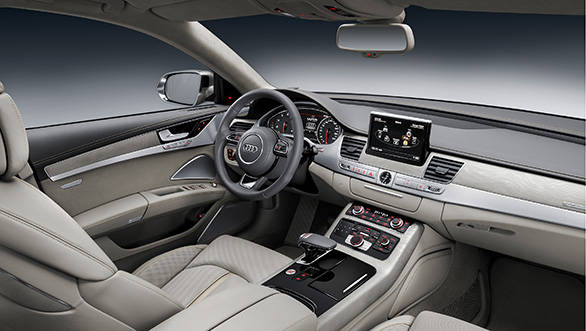 Also, the head of Audi India, Michael Perschke is returning to Germany and will replaced by Joe King in the coming days. 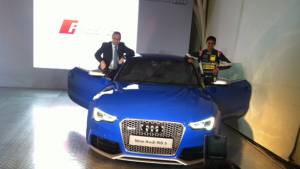 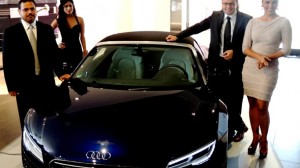