Round 3 of the MRF MMSC FMSCI Indian National Racing Championship held at the Madras Motor Racing Track witnessed some thrilling battles on the second day of competition. 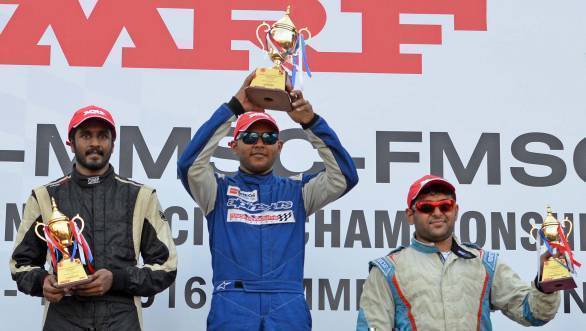 In the Indian Touring Car class it was Bangalore racer Deepak Paul Chinnappa of Team Race Concepts ENEOS who took a commanding win ahead of championship leader Arjun Narendran of Red Rooster Racing, Coimbatore. Ashish Ramaswamy, also of Red Rooster Racing had started the race on pole, but eventually had to remain content with a third-place finish.

"I had a good start and managed to build a big lead. I was concerned about preserving the tyres which were wearing out fast, and over the last few laps, I had to brake at least 150 metres earlier than normal, but the early lead helped me to maintain my track position to win," Chinnappa said of the win, his eighth this season. 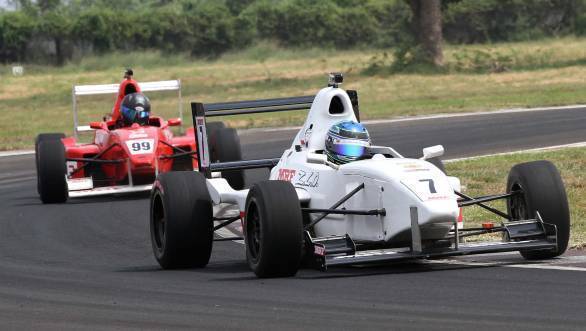 In the MRF 1600 class, Vikash Anand took two wins. He had already won the first race on Saturday, however, the second race on Sunday saw him finish in sixth place, after a couple of runs off-track. Race 2 was won by Anindith Reddy. 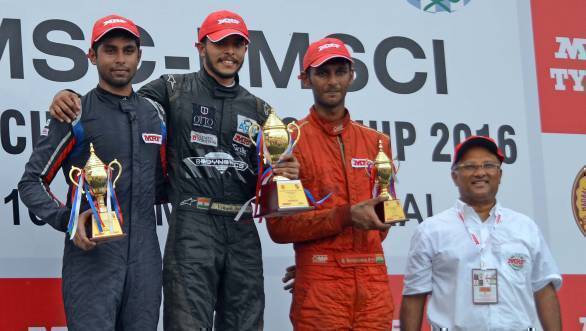 Vikash Anand, flanked by Anindith Reddy and Raghul Rangasamy on the podium for Race 3 in the MRF 1600 class

The Indian Junior Touring Cars race witnessed tough battles between the two men fighting for the championship - Ananth Pithawalla from Team N1 and UNIMEK Racing's Keith Desouza. It was Pithawalla who would triumph. 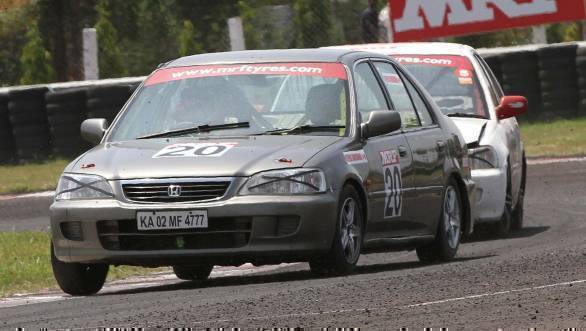 While Deepak Ravikumar would take home victory in the Super Stock race held concurrently with the IJTC grid. 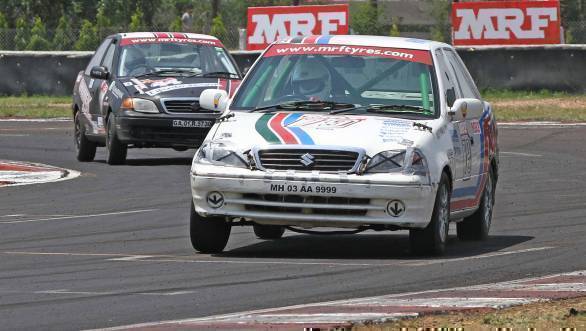 Victor in the IJTC class, Ananth Pithawala leads the pack

Raghul Rangasamy won the F1300 Rookie Championship race, also his second race win of the weekend. This, despite having an off-track excursion in the middle of the eight-lap race. 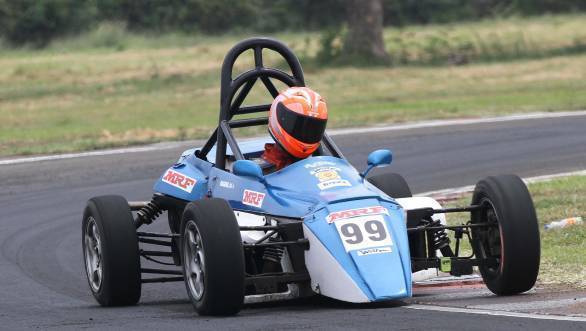