This year is a special one for the Italian motorcycle manufacturer MV Agusta as it celebrates its 75 years of existence. And to commemorate that, the Varese based company has unveiled the Superveloce 75 Anniversario, a limited edition offering based on the Superveloce 800. The 75 in the model name is an important figure as it not only denotes the number of years but also the number of units that the company will be selling. Furthermore, the motorcycle was on sale for only 75 hours of its unveiling. MV Agusta was accepting bookings for a deposit of 100 Euros. This limited-edition offering is priced at 25,000 Euros which translates to Rs 22.07 lakh, excluding taxes and duty. If the images below manage to excite you, the bad news is that MV Agusta has already sold out all the 75 units of this limited edition offering. What makes the Superveloce 75 Anniversario special is the fact that it comes with the shades of the Italian flag, with the upper half of the fairing, fuel tank and the seat along with the cowl in red while the rest half of the fairing sports dual shades of white and green. There's generous use of gold shade on the lettering, fairing, the trellis frame and the wheels. While the engine, underbelly body and also the gorgeous triple exhaust from Arrow. 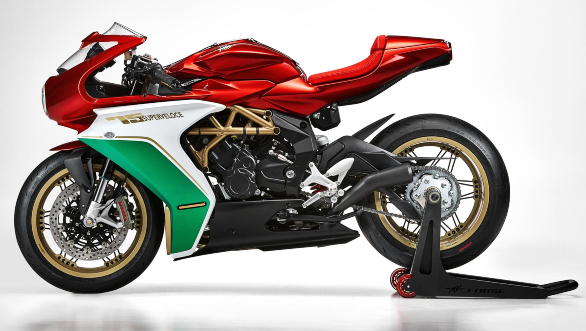 Powering the Superveloce 75 Anniversario is the in-line three-cylinder 798cc engine from the F3 800. This unit makes 148PS of power at 14,500rpm and generates 88Nm at 10,600rpm. As mentioned by the company, MV Agusta will be providing a dedicated thtottle map along with an aluminium plate mounted on the head of the frame denoting the number of the model out of the 75 units that MV Agusta has made. The motorcycle also gets a special bike cover. 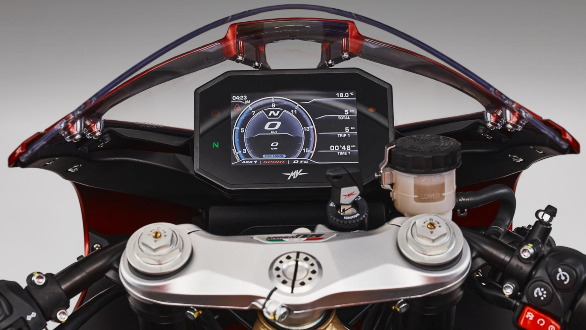 "We chose the Superveloce as an iconic base to develop our celebrative model for it perfectly embodies the balance between modern forms and MV Agusta's racing legacy. I am glad the launch of the 75 Anniversario coincides with that of our new official website, which was designed to offer MV Agusta fans around the world a complete, immersive experience into our world." commented, Timur Sardarov, CEO MV Agusta Motor S.p.A. 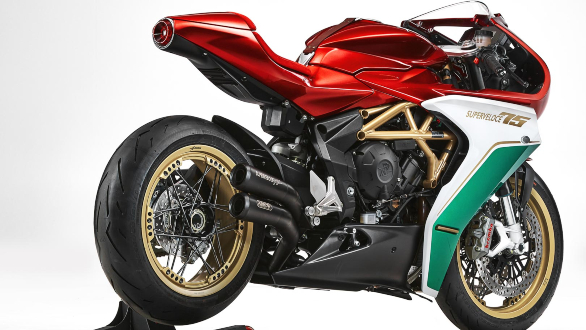