MV Agusta no longer a part of Mercedes-AMG

The performance division of the German car manufacturer, Mercedes-AMG, bought 25 per cent stakes in MV Agusta in November 2014. The division had termed the motorcycle manufacturer as the perfect two-wheeler brand. However, according to the latest update, the Italian motorcycle manufacturer has sold off the 25 per cent stake to ComSar Invest that is a part of Black Ocean Group, led by Timur Sardarov, a popular name in the oil and gas sector in Eastern Europe. 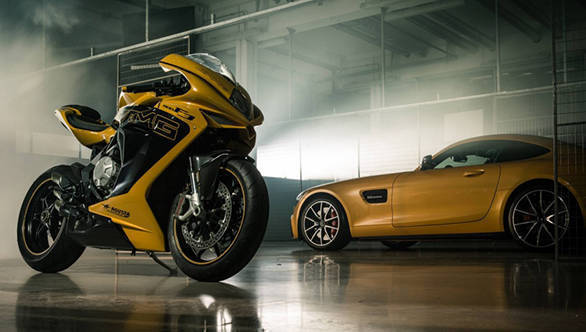 While the financial details or the total value of the transaction has been kept undisclosed, the gain of the MV Agusta Holding in this deal will be used for restructuring the Italian brand. According to new development, MV Agusta Holding will have 100 per cent reign over MV Agusta Motor S.p.A. that will have ComSar as a minority shareholder along with GC Holding having the controlling stake.

GC Holding is an investment company of Giovanni Castiglioni who is also the president of MV Agusta. "This represents an important milestone for our plan which has as a main objective the reinforcement of MV Agusta core business: the production of high-performance, high-end motorcycles. In the last 12 months, the implemented measures have brought MV Agusta back in positive cash flow generation, allowing to complete the restructuring plan and to consistently support product development and consolidation of our key markets," stated Giovanni Castiglioni. Mercedes-AMG, previous to its deal with MV Agusta, had also acquired stakes in Ducati in 2012. However, that was then bought over by Audi. And now the German brand is all set to sell off Ducati to compensate for the heavy losses of the diesel scandal. There have been rumours about various motorcycle brands like Bajaj Auto and Harley-Davidson pitching for it, but no confirmations on the same.