There were reports that MV Agusta, the motorcycle manufacturer with considerable amounts of motorsport heritage, had filed for bankruptcy in its country of origin, Italy. This however isn't true as the manufacturer, in a press release, says that it is only restructuring its finances. Certain online reports suggest that MV filed for Chapter 11 bankruptcy, which is a type of bankruptcy that buys the company some time to turn its fortunes around, freezing loans and assessing and saving whatever positive assets might remain. This however was a certain website's way of explaining to its American readers how the section works. MV, being an Italian company, doesn't work according to the US bankruptcy laws.

The past two years have proved to be good for MV Agusta, with 25 per cent of the company being bought over by Mercedes-AMG, and with a claimed thirty per cent increase in international turnover. However, this hasn't been enough to neutralise the debt that the Varese-based company is in. 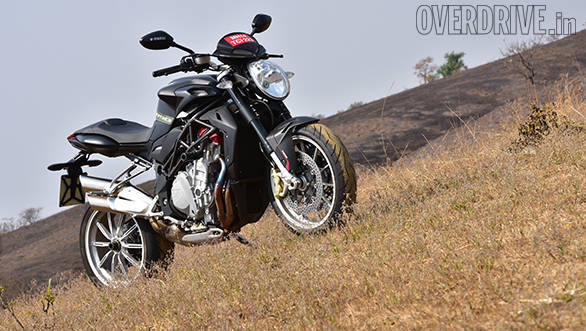 In fact, this appears to be another low in a past that's been peppered with highs and lows for the motorcycle maker once owned by Count Domenico Agusta. While they once won world championship titles under the Count's supervision, the company wasn't able to match the same quality in their production bikes, which in turn led to flagging sales. Although an attempt was made to revive the brand by Claudio Castiglioni, after which Harley-Davidson and Proton also tried to get the brand going, once again things didn't quite go according to plan. MV Agusta today is once again in the hands of the Castiglioni family, with Claudio's son Giovanni attempting to carry on his late father's work. They have applied for insolvency and are currently looking to get more financiers on board. The company also plans to keep its R&D department in place and try and churn out motorcycles faster. It is also in the process of convincing Mercedes-AMG to increase its stake in the company and thereby pump in additional liquid cash. Mercedes-AMG currently hold a 25 per cent stake in MV Agusta.

MV Agusta is present in the Indian market through Moto Royale, a Kinetic Motors initiative. It is currently in the process of ramping up the number of dealerships as well as bringing in more models in the near future. When asked about the bankruptcy rumours, Ajinkya Firodia, MD of MV Agusta India, said that "MV Agusta has asked Moto Royale to inform any media that MV has not filed Chapter 11 or bankruptcy."