The red and silver 'invincible' marquee, MV Agusta has confirmed that it will be joining the ranks of the 2014 World Superbike championship. This will be the first time in 37 years that the Italian brand will be returning to top level racing. Last year MV Agusta had some promising results in the World Supersport championship, finishing fourth in the manufactures race while their leading rider Roberto Rolfo finished sixth in the riders championship. 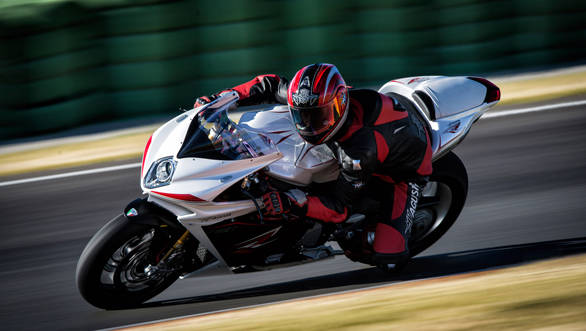 For 2014 they have partnered with the Yakhnich Motorsport racing team, the same team that won the World Supersports championship (with Yamaha motorcycles) this year. MV Agusta will be hoping the team continues this form at the top level as well. No riders have been announced yet but the team has confirmed that they will be running two motorcycles in the Supersport class and just the one rider in the Superbike class. With a proud racing history (270 GP wins and 63 world championship titles) it will be exciting to see how the beautiful MV Agusta F4 RR will fare in the closely contested Superbike World Championship.