Musings on the uncertainties that surround the 2020 WRC calendar

The news that the FIA did not publish the 2020 WRC Calendar before the end of June as ordered by the World Motor Sport Council did not come as any great surprise. As the final days of June slipped well into the first fortnight of July with still no Calendar announcement it was pretty clear that something was not going to plan. Ostensibly the motorsport governing body seemed to be deep in a major crisis. With no official explanation forthcoming one was left with the conclusion that the intensifying power struggle between the FIA and the WRC Promoters (WRCP) was coming to the fore. But were there other issues? Were the original assurances of financial support from Kenya still valid? And in the first weekend of July the Safari Candidate Rally, loudly applauded by the WRCP and thought to be an integral element in a proposed 2020 calendar, was poorly handled by their media, suffered bad organisational decisions and ended in chaos. 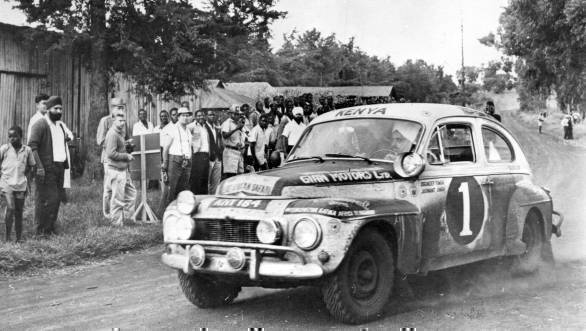 File photo of Joginder Singh, his brother Jaswant and their Volvo PV 544 claiming first place at the East African Safari Rally in 1965. The Safari Rally was part of the WRC between for all the years between 1973 and 2002, except for 1995.

The reaction among the FIA after the Candidate Rally seems to be open minded, and problems in the organisation of the event were considered to be detailed rather than fundamental. The WRCP described the rally as having made a 'significant step' towards a return to its WRC status (which had been lost in 2002) but independent reports were few and far between. It is reported that there was only one accredited foreign journalist and he came from Zimbabwe. The media centre at the rally failed to issue regular items of news though an online results service worked well. Troubles for the event began when unseasonably bad weather before the event caused late changes to the route. There was poor administration work and troubles continued into the rally with organisation problems. Two stages were started without security clearance and cars already on the stage had to be red-flagged. Like as happened recently in a parallel situation at the new WRC Rally in Chile, notional times were issued and once again this disrupted the sporting balance and fairness of the event for competitors. Things got far worse on the final day in Kenya, when the organisers ran the Kedong stage that finished very close to the official finish of the rally, as recommended by WRCP and which was approved by the FIA, was almost impassable.

The name Kedong will long remain in the memories of Kenyan rally fans and resurrected memories of the final WRC Rally held in Kenya, in 2002. The service area that year was about 50km to the north of Kedong and had became a dust bowl, immortalised by pictures of Richard Burns' three-wheeled Peugeot being stuck up to its axles and forced to retire. This year the very soft sandy conditions caused considerable difficulties on the first run but the stage was then run as scheduled the second time, against advice from local competitors. Only a handful of competitors were able to complete the course without outside assistance. Conditions on this final stage were so serious that the Skoda of reigning FIA African Champion and rally leader Manvir Baryan overheated from a blocked radiator and dropped to third place and even Ian Duncan, the final African resident driver to win the Safari, got stuck. 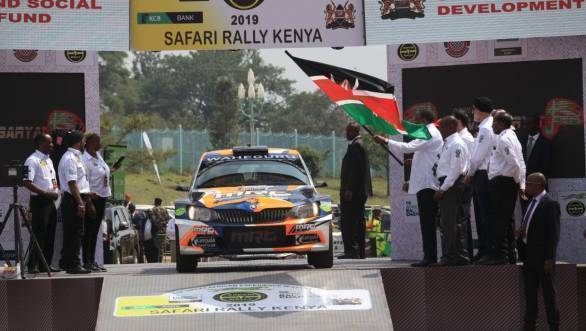 There are two issues waiting to be resolved when the WRC Calendar is finally revealed. Firstly, is an event which would make an ideal event in the off road championship needed as part of the World Rally Championship? In the eighteen years since the last WRC Safari Rally, the sport has changed. The sport was already a competition between modified mass production cars, but now the element of cost control in the sport requires the same cars to be regularly used on events, built from scratch to be suitable for use on asphalt as well as gravel stages and only lightly modified in between to suit the circumstances. Already the issue of costs for competing teams has led to necessarily emaciated routes for the Safari Rally, geographically far removed from the beautiful regions of this scenic country which enraptured the fans who are baying for the event's return to the WRC.

Remaining uncertainties concern security issues in one of the most dangerous countries. The Foreign and Commonwealth Office in Britain state that "there's a heightened threat of terrorism, including terrorist kidnappings, across Kenya, including to people travelling in or through Nairobi". That advice was directed at tourists and business people whose movements are controlled and safeguarded while they are in the country. Rally officials come under this category, but the itineraries of rally fans and media take them alone, often at night, into areas where they are seriously vulnerable.

The troubles of the Candidate Safari Rally diverted attention away from the debate whether a new rally in Japan should also be included in the WRC. While the recently introduced event in Chile had some problems, the style of the Chile event itself presented nothing new to the WRC apart from its location. The proposed event in the Nagoya region of Japan however provides novelties to the championship. The Candidate event was a mini rally with special stages far shorter than other WRC events, it is a tarmac event in a country which has never previously had a major asphalt event. All these challenges, however are achievable.

The one issue which will not go away, however, is the practicality that teams cannot handle more than 14 WRC events a year, so inserting two new events into the already filled calendar of 14 events begs the question, which existing events should be dropped? Currently four of the 14 rallies are classified as "long haul" events. Over the years the greatest number of long haul events in the series have been five, the most intense years being in 1981 and 1990 when there were a total of 12 events. Over the course of the WRC there have been very unpopular attempts (notably 1994-1996) at rotating qualifying events and the attempt at alternating Australia with New Zealand was hi-jacked by Australia. There have been various European WRC events which have suffered death by natural causes but none of the current events are ready for an imminent WRC departure. Like we alluded to earlier, there is a financial element here. Countries only stay in the WRC if they make contracts with WRCP, not by reference to elements such as sporting heritage, event suitability and balance of style. Every time as talk about the WRC, the word money is soon spoken. Is that the situation we much accept to enjoy the sport we love?