The first of the six rounds of the MRF MoGrip FMSCI National Supercross Championship will begin this weekend in Nashik. The tenth edition of the Supercross championship looks set to be a blockbuster. With entries close to the 100 mark for each round this year, the competition will see the introduction on a new category for youngsters below 15 years of age. 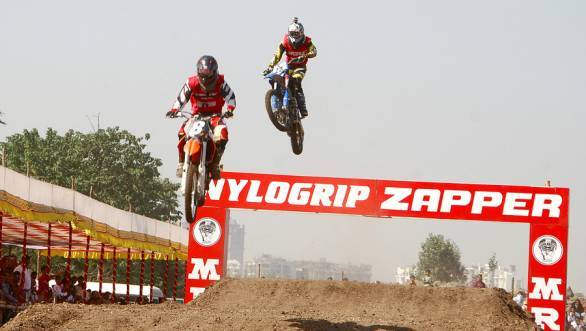 All of the 2013 edition champions have confirmed their participation for the event. Big names like K.P. Aravind (Team TVS, Bangalore), C.S. Santosh (Bangalore), Kerala's Harith Noah (Team TVS) and Veer Patel (Baroda) who have competed in various Asian supercross events recently, are set to lock horns on home soil this time with Team TVS and Pune's 9T9 Racing being the standout teams.

With the second round due to take place a week later in Pune on the 25th, the Championship is set to travel across the country with the other four rounds in Coimbatore, Chennai, Ahmedabad and Mumbai.