The latest edition of the MRF Challenge, the sixth time the championship is being run, will begin with a race in Bahrain. The MRF Challenge 2017's season opening round will be held alongside the season finale of the FIA World Endurance Championship. The season will feature four rounds, during which 16 races will be held, in addition to Bahrain, in Dubai, Abu Dhabi and Chennai. 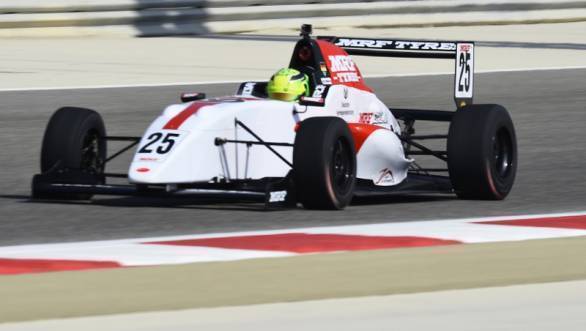 There's one slight change to the championship this year, and that's in terms of the cars that are being used. The MRF Challenge machine has now been given something of a tweak, with the updated car featuring inputs from Adrian Newey. The car will now feature a Hewland 6-speed sequential gearbox, with an integrated dash and paddle shift system. The car will also feature upgraded aero, with an underbody diffuser. The engine is a 2.0 litre Mountune Duratec power plant, that makes 230bhp. The car, built by JA Motorsport in collaboration with Dallara, comes shod with MRF Z.L.O tyres.

Speaking of the updates to the MRF 2000, J Anand, managing director, JA Motorsports, said, "For the sixth season of the MRF Challenge we have focused on making the cars even faster, while also ensuring it is more enjoyable for the drivers. Adrian Newey has been kind enough to share some thoughts with us for increasing the downforce with new diffuser design. We have also introduced paddle shift gearbox for the first time. This has been received well during testing so we are confident that the car can be even faster this year."