The MRF Challenge 2017 just concluded in Dubai last weekend, and the championship is now already setting up in Abu Dhabi for Round 3 which will be held at the Yas Marina Circuit this weekend. The racing series will be held alongside the prestigious Gulf 12 Hours race, and will be held under the lights, as a night race. 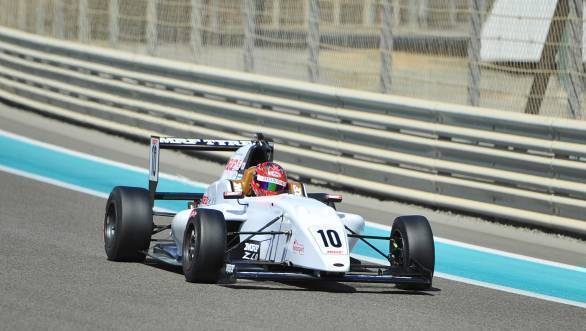 The MRF Challenge cars, which are Formula 3 style machines, will now get a chance to compete on the 5.5km long Yas Marina track with its many twists and turns. The circuit is known for high-speed straights and technical corners, which should throw challenges the way of the drivers.

Speaking ahead of the racing action at Abu Dhabi, Arun Mammen, vice chairman and managing director of MRF Tyres stated, "Yas Marina is one of the best new circuits in the world and it is our pleasure to race here again. After a buzzing Dubai race the drivers can't wait to race here. The Championship is shaping up well and this circuit provides a good opportunity for the drivers to showcase their abilities. Night races are a treat to watch and am sure fans will enjoy every moment of the F2000 cars under the lights."

Heading into the night race extravaganza, the championship battle remains close. Currently, it is Brazilian driver Felipe Drugovich who leads at the head of the championship, with 150 points. Second place in the championship is currently held by Presley Martono, with 132 points. While trailing Martono by 8 points Rinus van Kalmthout. Julien Falchero is currently in fourth place with 105 points.