Recently when some friends came over the conversation veered to how things were before Maruti started making and selling cars in India. Some of the younger lot was not really aware about how different things were in our country before Maruti came along. 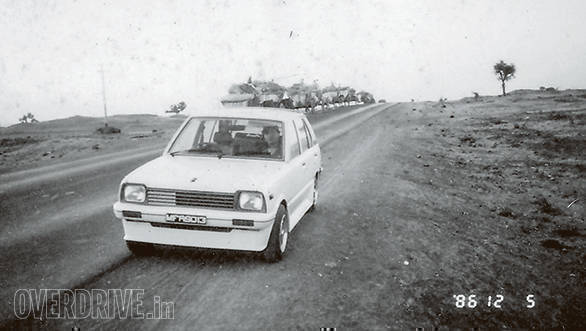 Back then even those who could afford to buy a new automobile  essentially the very rich  had to wait for years before they got their turn at getting their allotted vehicle, as production itself was restricted by the government. And as demand far exceeded supply, the makers of cars like the Ambassador and Fiat didn't see any need to improve or modernize their products. Thus the running and the maintenance of the cars was far from easy. Every time you had to take a long trip out of town, it called for considerable preparations. The car needed to be go to a good mechanic to get properly checked and serviced. The radiator, tyres and oil level would be checked and topped up as after running a few thousand kilometres most cars started consuming oil. All nuts and bolts would be tightened, and the engine given a full tune-up with checking and cleaning of sparks plugs, the carburetor, the distributor, ignition coil, fuel pump, etc. You needed to do all this even if you were just going from Bombay to Pune!

Yes back then every road journey was an adventure. The roads were narrow and in most cases in very bad shape. Facilities along the highway were also limited with very few decent places to stay in case you got delayed or your car broke down, something which happened quite often. Most seasoned motorists stayed at Dak Bungalows or government guest houses which the British had built along the major routes. They were primarily for the government officials but also entertained tourists and civilians if the rooms were available. These Dak Bungalows, many of which are still operational, had a Khansamah or male cook-cum-steward who would prepare delicious meals for you at a nominal charge. But you had to provide him the ingredients. So experienced travellers packed and kept in their cars rations like rice, flour, dal, tea, sugar, spices, etc and purchased fresh vegetables, eggs, meat and milk from nearby towns. Fuel stations were also far and few and carrying a jerry can with petrol and a funnel was normal. You always carried a big flask of boiled drinking water from home, because bottled water was not available. You needed to have spares like fan belts, hose pipes, fuses, spark plugs, contact point, etc, because finding a mechanic was not that difficult but getting correct spares could be .This despite the fact, that you had all of some four models being sold in the country. The quality of parts was also inferior and regular replacement was normal. If you did a journey of over 500 km without a breakdown, it was a big achievement! 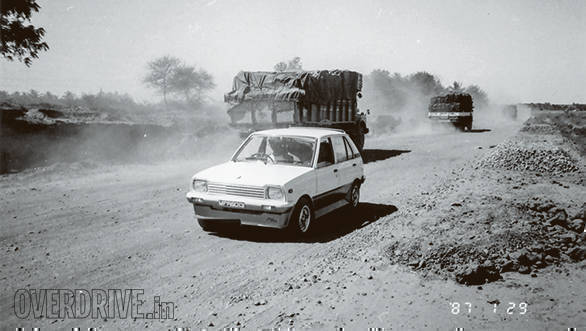 All this also meant that you had fewer people doing inter-city travel in cars. And those that did it always had in their employ an experienced chauffeur who could also double up as a roadside mechanic. The good thing is that traffic was very light and despite the narrow roads you really enjoyed the 'road trip'. The road passed through scenic forests and fields and the air was crisp and free of pollution. You saw lot of birds and if lucky, also some wildlife. Fellow road travelers were happy to lend a helping hand or share information on places to see or good places to stay at or eat at. There was a kind of camaraderie amongst road trippers that is difficult to imagine today. At the top of nearly all ghat (hill) roads you had a temple with a watering point where motorists broke journey and let their cars cool. The pujari (priest) would survive on their donations and hand out 'prasad' and blessings to everyone. If you had a breakdown, the pujari would happily let you share his living space.
All this changed after December 14, 1983, the 37th birth anniversary of the late Sanjay Gandhi whose dream of building a modern car led to the birth of Maruti Suzuki. On that day, the then Prime Minister of India, Indira Gandhi fulfilled her son's dream by ceremoniously handing over the key of the very first Maruti 800 to a certain Harpal Singh from Delhi. India's first modern car had arrived and the people of India simply loved it. In just a few weeks, some 1.5 lakh Maruti 800s were booked and there was a waiting list.
In no time, the Maruti 800 became a status symbol. As it was much was easier to drive and park than cars like the Fiat and Ambassador, small wasn't puny any more, and lightweight wasn't weak and many preconceived notions of the Maruti soon vanished. The Maruti 800 became the harbinger of a new India. It rarely ever broke down and the reliability was a shock to many. I got delivery of my red Maruti 800 in early 1984 and soon after drove non-stop from Bombay to Delhi, stopping only for petrol and meals. Nobody believed this was possible. In fact when I stopped to refuel at Gwalior late in the evening, the attendant asked me where I had started from. When I told him I left my home in Bombay at 4.00 am, he started laughing and refused to believe it!