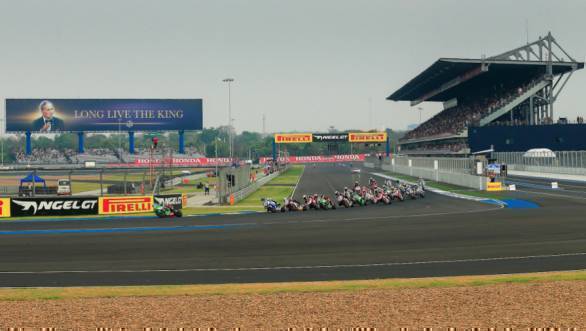 MotoGP will head to the Chang International Circuit, Thailand, in 2018

Thailand's Chang International Circuit in Buriram is all set to host a round of the MotoGP championship in 2018. It has been reported that the circuit, which first held a round of the Superbike World Championship in 2015, had been vying for a MotoGP round ever since. However, Dorna would only consider the circuit's bid once it had served out its existing three-year WSBK contract.

It is now been, on both Crash.net and Speedweek.com that Dorna has completed a deal with the Thai circuit, which will see MotoGP arrive in the country in 2018. This will make the Chang International Circuit the latest circuit to host a round of MotoGP. The last circuit that was added to MotoGP's roster was the Termas de Rio Hondo circuit, back in 2014.

Thailand will also be the third Asian round in the MotoGP championship, with Japan and Malaysia already hosting races. Another Asian venue that is hoping to be able to host a MotoGP round in the near future is Indonesia.