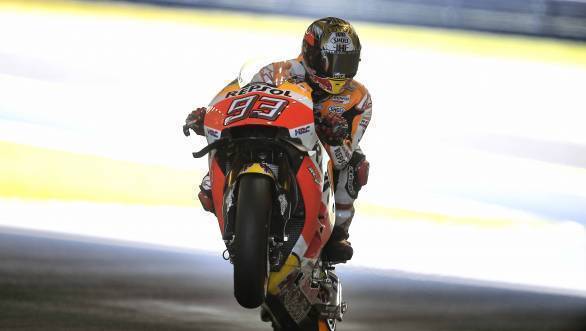 Marc Marquez claimed his third MotoGP premier class title, after winning the Japanese Grand Prix at Motegi. The Spaniard rode a strong race, crossing the chequered flag first, as title rivals Valentino Rossi and Jorge Lorenzo ended up crashing out of the race.

It was Marquez who got off to a good start, moving to the head of the order, from second on the grid, as soon as the race began. While Lorenzo soon managed to move ahead of the Spaniard, pole-man Rossi needed to fight his way back, having lost positions at the start. However, it was soon Marquez who managed to get past Lorenzo, once again moving into the lead of the race on the fourth lap. 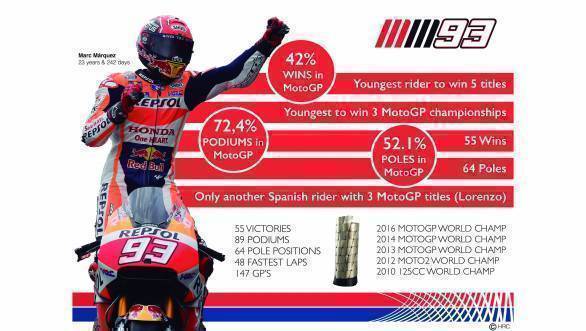 Rossi put in a few good laps and then managed to get past team-mate Lorenzo, moving from third into second, while Marquez still led the race. The Movistar Yamaha rider set then about catching up with the Repsol Honda rider, but ended up in the gravel, after having lost control of his M1 at Turn 10. This, effectively put an end to his title hopes.

The fact that Rossi was out of the race meant that Lorenzo was back in second. Which also meant that he still had a mathematical chance of the title, as long as he managed to get onto the podium. However, a crash with five laps to go, meant that Marquez was home free. 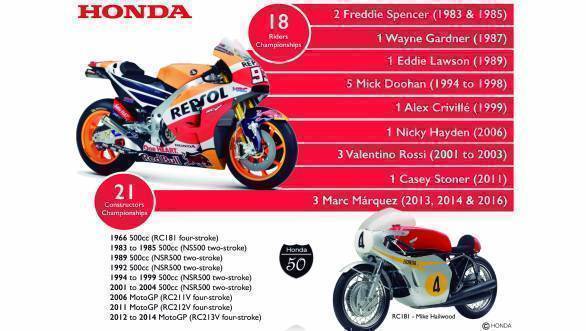 What was also particularly special, for the Repsol Honda team, is that Marquez clinched the title (his fifth if you include his 250cc and 125cc championships) at Motegi, their home track, a fine way to celebrate Honda's 50th anniversary of racing.

So, how much of  a lead does Marquez have on the chasing pack? The Spaniard has a lead of 77 points over Rossi. The maximum available points over the next three races, is 75.