The Kymiring circuit in Finland is set to host its first ever MotoGP test session, starting August 19, 2019. The two-day test session will allow manufacturers to gain crucial track data ahead of the circuit's inclusion in the 2020 MotoGP calendar. All six manufacturers competing in MotoGP will be participating in the test and will have at least one of their riders conduct the test. Authorities representing the Kymiring circuit have confirmed that the track will allow manufacturers to complete the two-day test session successfully. 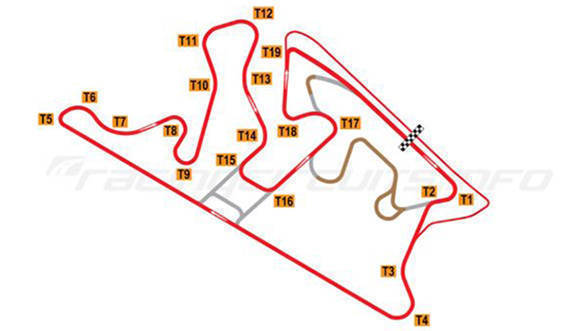 This confirmation comes soon after the confirmation of the tests that will be held at the Misano World Circuit 'Simon Simoncelli' in Italy, starting August 29, 2019. The Misano test will effectively be the last test session for the 2019 season, with the MotoGP season finale scheduled to be held at Valencia in Spain on November 17, 2019.

The first test for the 2020 season will be held in immediately after the Valencia race at the Jerez Circuit in Spain, starting November 25. The Sepang International Circuit will host the next test session, scheduled for February 7-9, 2020. As of now, it is unclear as to whether or not the Losail International Circuit in Qatar will host a test session early next year, which is something that has happened in recent times.