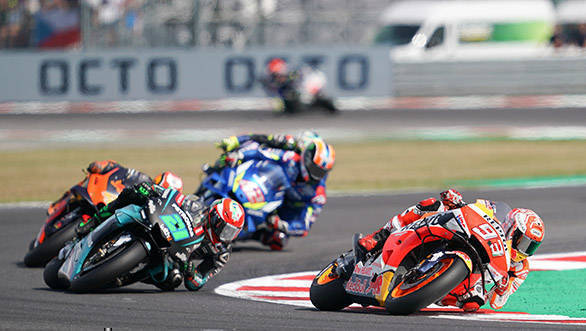 The man on pole at Misano was Yamaha's Maverick Viñales, who ultimately had to settle for third place in the race. Viñales managed to get off to a good start, but then had a few slow laps. This allowed Quartararo and Marquez to get past him, although it was the Frenchman in the lead for the most part of the race.

While the top three managed to get away at the head of the order, Franco Morbidelli was in fourth, while Pol Espargaro kept Valentino Rossi, Andrea Dovizioso and Alex Rins behind him. 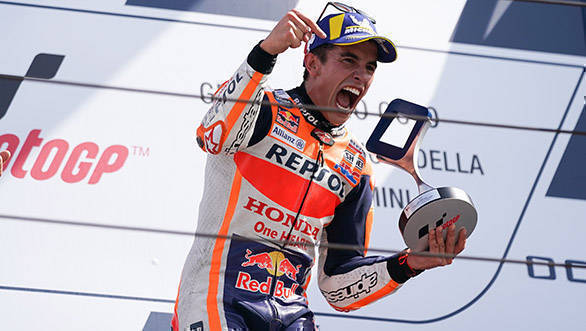 Perhaps it was the final lap of the race that was the most spectacular, though, with Marquez finally making his move on Quartararo. The Frenchman then managed to retake the race lead at Turn 4. However, Marquez managed to muscle his way to the head once again on Turn 8. Quartararo managed to get very close to Marquez once more, even making mild contact with his rear tyre on Turn 14, but he couldn't get past him. This allowed Marquez to take yet another victory at the head of the order. It was his 77th career win - one more than MotoGP legend Mike Hailwood. 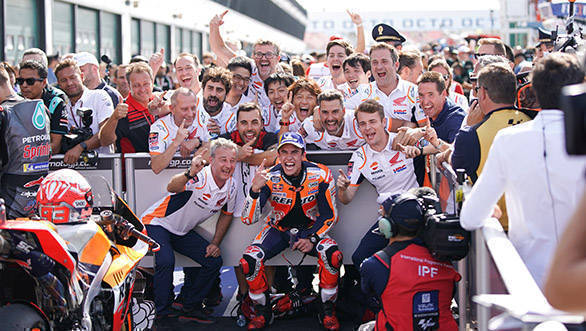 Valentino Rossi took fourth place, having overtaken Franco Morbidelli, who in turn had to settle for fifth place.

Andrea Dovizioso finished the race in sixth place, which meant that his title hopes have now been further reduced.

Avintia Ducati's Tito Rabat ended the race 13th, one spot ahead of the second Repsol Honda of Jorge Lorenzo. The final point went to Hafizh Syahrin who ended 15th for Tech3.