MotoGP 2019: Danilo Petrucci tops the time sheets on the first day of the Jerez test

With the 2018 MotoGP season wrapped up, the teams are busy testing their 2019 prototypes at the Circuito de Jerez in Spain. The first day of the test saw riders come to grips with their new motorcycles that feature new engines and aero bits. 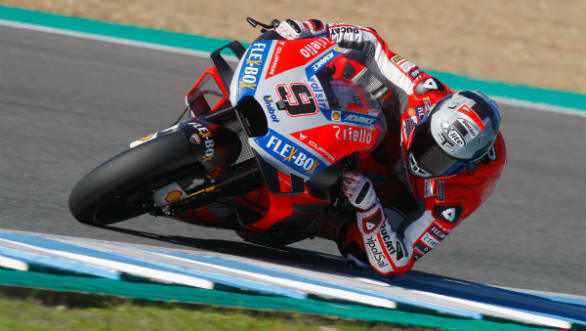 Danilo Petrucci, who replaces Jorge Lorenzo at the factory Ducati team, set the pace with a blistering 1min 37.968s. He completed 53 laps, in all and was the only rider that managed to clock a sub 1min 38s time. His team-mate Andrea Dovizioso was the second fastest man with a mere 0.217s difference in the fastest lap times. The Italian looked quite strong during his stint but a crash at Turn 5 put an end to his test day. The duo tried the 2019 Desmosedici as well as the 2018 bike to compare the two but later on stuck to the GP19 machine.

2018 World Champion Marc Marquez was another rider that kept switching between the 2018 motorcycle and the 2019 prototype. He set his personal best time on the 2018 bike, a 1min 38.517s lap, but at the same time he was happy with the improved feeling on the 2019 Repsol Honda as he adapted to the new chassis and engine. All eyes were also on his team-mate Jorge Lorenzo who was seventh fastest. The Spaniard is coming to terms with the Honda RC213V as well as working on his fitness, following the injury he sustained on the first lap of the 2018 Aragon GP. 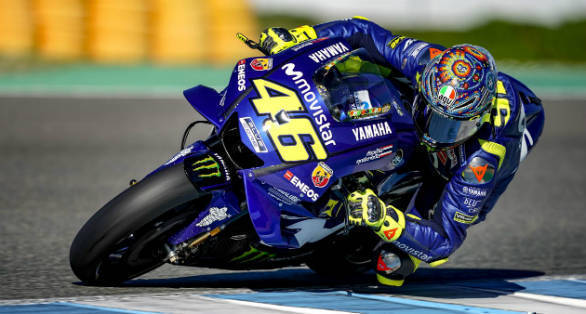 Movistar Yamaha rider Valentino Rossi had mixed feelings about the 2019 prototype engine in his YZR-M1. While he is certain that the 2019 engine is a step forward with improved engine braking, he adds that it's not enough. Rossi feels that the motor just doesn't have any enough performance to fight for the victory. Also, the rear tyre grip issue continues to plague the Yamaha, an area that both Rossi and Maverick Vinales have been struggling in all of the 2018 season.

Joan Mir was the fastest of the factory Suzuki riders before crashing out in the afternoon. Aprilia Racing's Andrea Iannone was 11th fastest, overall and remained positive about his progress in understanding the new bike and the KTM racing team was busy trying an array of new parts.

The Jerez test is the last test before the MotoGP teams pack up for the winter holidays. 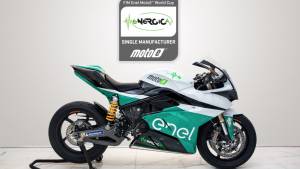 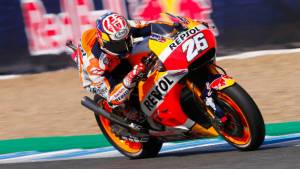