MotoGP 2017: Vinales makes it two in a row with victory in Argentina 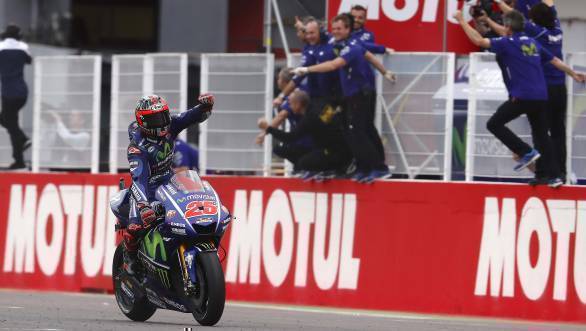 Maverick Vinales won the Argentine GP astride his Yamaha M1. It was his second race win in as many races in the 2017 season. And the distinction of winning the first two races of the season, has meant that the 22-year old rider is the first Yamaha rider, since Wayne Rainey in 1990, to achieve this feat. Understandably, Vinales was ecstatic about his race win. After all, it was a race that he described as 'very hard'. 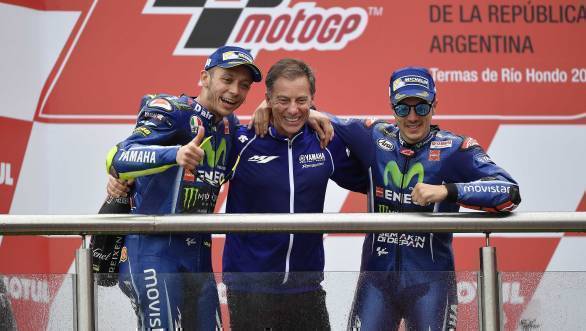 When the race began, however, it was Marc Marquez who was on pole, and got off to a good start, shooting off into the lead. Cal Crutchlow, who'd started from third on the grid, was in hot pursuit, while Yamaha riders Vinales and Valentino Rossi followed.

Vinales managed to make his way past Crutchlow to take second. And when Marquez crashed on the fourth lap of the race, something he'd later describe as entirely his mistake, it put Vinales in the lead. 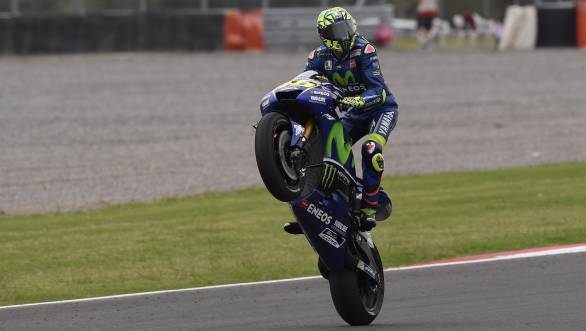 Third place at Qatar, followed by a second-place finish in Argentina - solid showing from the good Doctor

While the young Spaniard put in steady work, leading the race, there was action behind him. Valentino Rossi had been stalking Cal Crutchlow all through, and ultimately managed to get past him for second place. From there on, it was just a matter of getting to the chequered flag for the top three riders, who finished in that order. 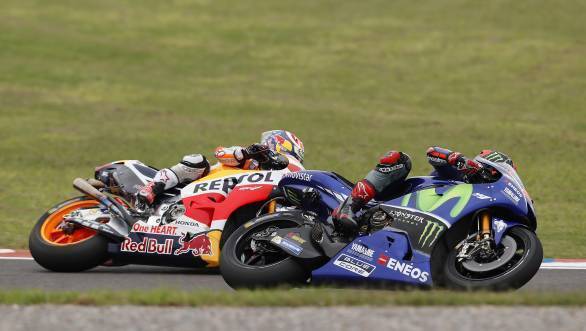 Maverick Vinales at the 2017 Argentine GP

While the top three had a trouble-free run to the podium, there was chaos at various points of the race though. It began with Jorge Lorenzo's crash on the very first lap of the race. Given the fact that the new-to-Ducati rider only finished the Qatar GP down in 11th place, this was a dismal result. Then, there was Dani Pedrosa, who'd battled Johann Zarco for fourth place, who went down. Next out was Andrea Dovizioso, the Ducati rider being collected by the crashing Gresini Aprilia of Aleix Espargaro.

Alvaro Bautista finished a creditable fourth in the race. With Zarco making it to fifth place. Danilo Petrucci took seventh place, behind Jonas Folger. Eighth place went to Scott Redding, with Jack Miller ninth. Karel Abraham, who started the race on the front row of the grid, having qualified second, took 10th.