Marc Marquez topped the timing sheets at the 2017 Australian GP qualifying session at Phillip Island. The pole position that he scored was his fourth at the Australian track. Lining up alongside Marquez, in second spot on the grid, is Movistar Yamaha's Maverick Vinales. 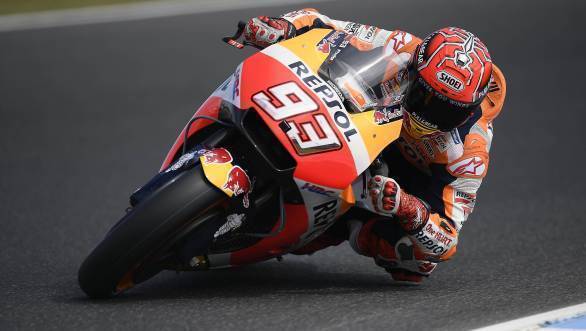 Vinales could not match Marquez's time of 1min 28.386sec, ending up 0.333sec off the pole time. Third spot on the grid went to Frenchman Johann Zarco on the Monster Yamaha Tech 3 machine.

The crucial aspect of this particular qualifying session, however, is that Andrea Dovizioso could take his Ducati no higher than eleventh position on the grid, after a fall in final practice. This means that Marquez might be able to extend his lead in the championship standings over Dovi if he does manage to run away at the head of the order and claim victory. 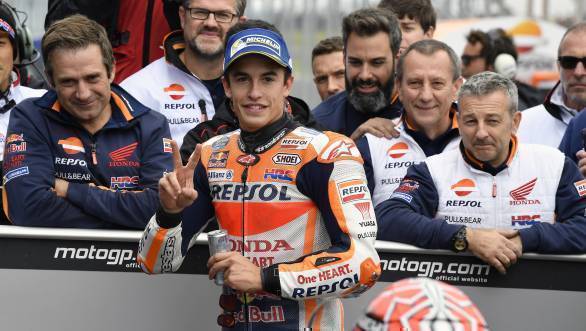 Valentino Rossi lines up seventh on the grid, with Aprilia's Aleix Espargaro eighth on the grid, and the KTM of Bradley Smith in ninth position. LCR's Cal Crutchlow lines up one spot ahead of Dovi, with Pedrosa joining them on the same row with a 12th position qualifying spot.

Heading into the race at Phillip Island, Marquez leads Dovi by 11 points. Vinales is 41 points adrift.