What a front row it is at the second round of the 2016 MotoGP season at Argentina. Marc Marquez on pole, followed by Valentino Rossi and Jorge Lorenzo. The results were decided after a rather action packed qualifying session on Saturday, where plenty of riders fell at Turn 1. The last, and perhaps most critical fall during qualifying, happened to be that of Marquez himself. But fortunately, it was after he'd already set his pole lap. 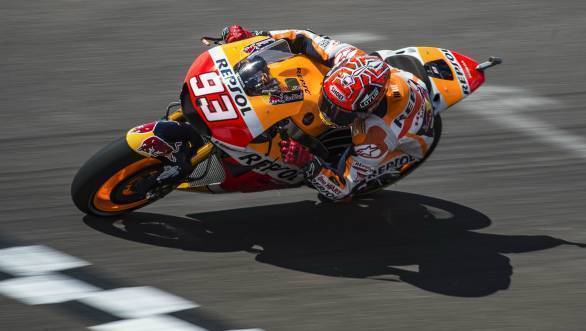 Second and third on the grid, are the Yamaha riders, Rossi and Lorenzo. The pair of them were 0.375s and 0.533s adrift of Marquez.

Heading the second two is the other Repsol Honda, piloted by Dani Pedrosa. Joining him on the second row of the grid are the Ducati riders Andrea Dovizioso in fifth, with Andrea Iannone sixth. The best of the Suzukis is seventh, with Maverick Vinales taking that spot. Eighth place on the grid is Avintia Ducati's Hector Barbera, followed by Cal Crutchlow in ninth, Pol Espargaro tenth, Aleix Espargaro eleventh and Bradley Smith twelfth. 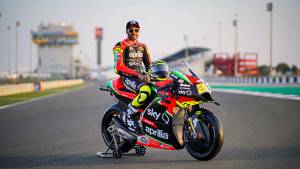