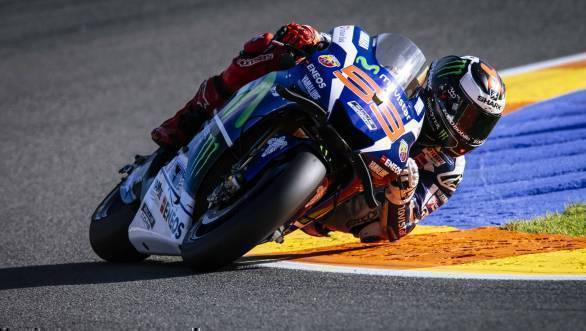 The final race of the 2016 MotoGP season is upon us, and Jorge Lorenzo has managed to take a fine pole position at Valencia. The Spaniard managed to set a lap record of 1min 29.401sec, that put him at the head of the timing sheets, and at the very head of the grid.

The second row of the grid sees Maverick Vinales at the head, clocking a time of 1min 30.276sec astride his Ecstar Suzuki. Fifth place goes to Andrea Dovizioso, astride the Ducati, while Pol Espargaro took his Monster Tech 3 Yamaha to sixth on the grid.

The seventh-fastest time was set by Andrea Iannone, while Dani Pedrosa (back after missing three races due to injury) took eighth on the grid. Aleix Espargaro took the second of the Suzukis to ninth on the grid.