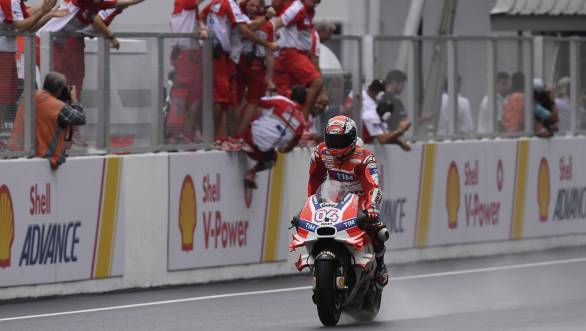 The 2016 MotoGP season had its ninth different winner, with Andrea Dovizioso claiming victory at a very wet Sepang. Dovizioso managed to stay at the front of the pack all through the race, eventually taking victory, in a race that saw the likes of Cal Crutchlow and Marc Marquez crash out.

That left the battle for first between Rossi and Dovizioso. Unfortunately for the Yamaha team, on the 15th lap Rossi ran wide on the entry to Turn 1, which meant that his Ducati rival was able to pull out a lead that could not be threatened all the way to the chequered flag. He finished nine seconds ahead of Rossi. Yamaha's Jorge Lorenzo finished third. 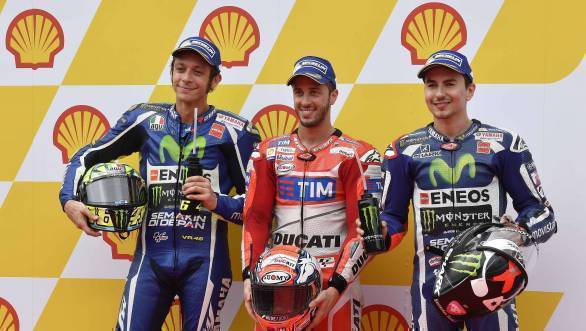 It was a fourth place finish for Hector Barbera, while Loris Baz finished fifth, making it a terrific day for the Avintia Ducati team. Maverick Vinales rode his Suzuki to sixth place.