The Italian manufacturer has decided to team up with the Forward Racing Team, that was founded in 2009, and has competed in Moto2 since 2010. The Forward Racing Team has the distinction of scoring a podium in their inaugural race in the championship, and taking their first win at the fifth grand prix that they competed in at Silverstone. The team also scored first place in the world ranking for Open bikes in 2014, with rider Aleix Espargaro. 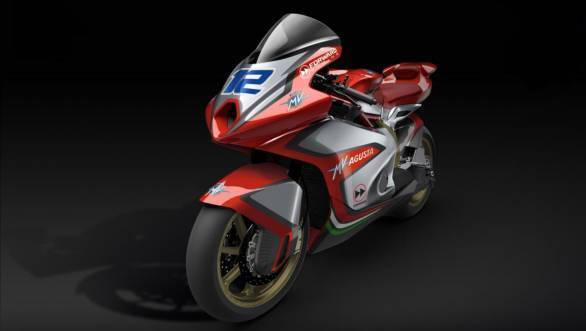 Speaking of their return to grand prix motorcycle racing, Giovanni Castiglioni, President of MV Agusta stated, "The return of MV Agusta to the Grands Prix is a great honour for me. The Moto2 World Championship is very competitive and in order to be successful we need to apply the best of our technology and experience in racing motorcycle development".

Meanwhile, Giovanni Cuzari, CEO, Forward Racing Team, said, "I find it difficult to express with words what this means, to be actively part of a common project with both MV Agusta and CRC, the two Italian excellences that created the most beautiful motorcycles in history. I worked many years for this to happen, and now I feel proud to announce that MV Agusta will race in the Moto2 World Championship with Forward Racing Team. I am also aware of the great responsibility involved in having such a prestigious brand on the hulls of our motorbikes. Our team, along with MV Agusta and CRC, will strive to achieve, in the shortest possible time, what all the fans, and we first, expect and dream".

MV Agusta has an illustrious history in racing, with the manufacturer being the most successful European motorcycle manufacturer of all time, with 75 world titles (38 rider and 37 manufacturer) from 1952 to 1974. Riders such as John Surtees, Phil Read, Carlo Ubbiali, and Giacomo Agostini have competed with the team.