More Maruti cars to come equipped with SHVS in India

Maruti Suzuki recently launched the Ciaz diesel hybrid SHVS (that's Suzuki-speak for Smart Hybrid Vehicle). This mild hybrid car is claimed to deliver an impressive 28.09kmpl fuel efficiency, bettered only by the electric-hybrids in the country today. The homegrown carmaker though is looking to add more SHVS-equipped models to its range.

The SHVS system consists of a modified battery and an integrated starter motor. Mind you, the battery is just a high capacity unit which helps with storage of energy - energy that will otherwise be lost during the deceleration of the vehicle or while coasting. This energy is then used for acceleration, which the car accomplishes through the integrated starter motor. The integrated starter motor gets idle start-stop tech added to it. When the car is idling in traffic, the system will cut off the engine, only to restart it when the clutch pedal is pressed. A belt drive ensures that the entire operation remains as shudder free as possible. It is a mild hybrid and hence the engine cannot be propelled ahead based on the potential energy stored in the battery and the ICE has to intervene. 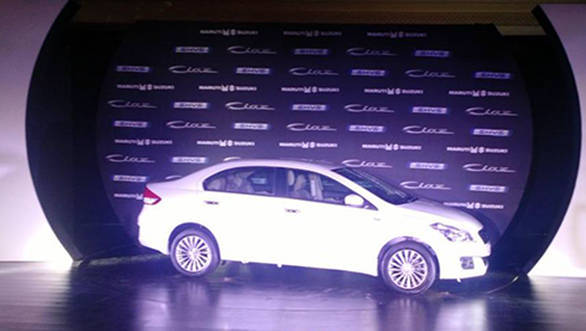 Maruti's existing diesel car portfolio in the country consists of the Ertiga, Swift, Swift Dzire, Celerio, Ciaz and S-Cross. Out of these, apart from the S-Cross and Celerio, all models use the 1.3-litre MultiJet motor. The new Ertiga is rumoured to be equipped with the SHVS tech and other popular models from the manufacturer are also expected to follow suit. When the all-new Swift comes down to India sometime in 2017, it too is expected to be offered with the choice of a Boosterjet petrol motor and an SHVS-equipped diesel engine. A range extender hybrid is also on the cards.

Apart from the ecological advantage of the SHVS tech, Maruti will benefit from the subsidies offered by the GoI under the FAME scheme for selling an electric vehicle or even a hybrid. The advantage is passed on to the customers too as these cars come at a lower cost or at just a marginal premium over the regular variant.

In the case of the Ciaz, the regular diesel model, which has now been discontinued, was more expensive than the greener SHVS car. The price difference starts at Rs 8,000 when you compare the base variants, going up to Rs 42,000, for the top-end trim. Add to that, the service procedures for the SHVS are the same as the ones for the regular diesel car, the warranty is the same for the battery and it's only 8-10kg heavier than the regular car.

The upcoming Dzire facelift is expected to get an AMT along with the SHVS tech. Looks like 30kmpl+ from diesel cars could well be a reality in the near future. 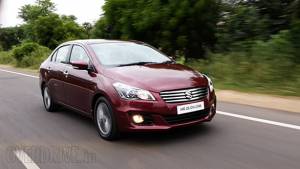