Mclaren Automotive has released more details about how its new hypercar, the Mclaren Speedtail, manages some of it's astonishing numbers. The Speedtail regularly hit a top speed of 403 kmph in its testing phase, which makes it the fastest McLaren ever. It can even do the 0 to 300 mph sprint in 13s. 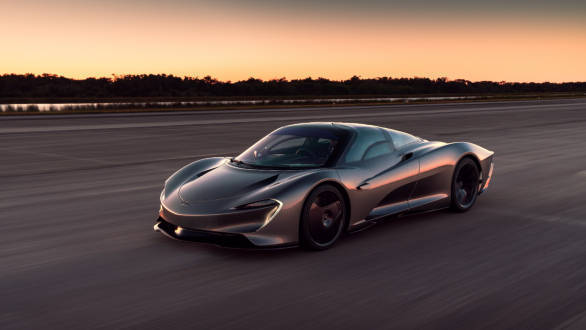 A lot of new tech has helped Mclaren achieve these numbers. The M840TQ powertrain uses a a 4.0-litre V8 and an electric motor to develop a combined 1,070PS and 1,150Nm. The engine is that same basic unit found in other Mclarens but has been reworked here with tech from the Mclaren P1 hypercar. The engine makes 757PS and 800Nm by way of a new lightweight air-intake system, improved cylinder head cooling and a revised piston design.

As for the electric motor, Mclaren claims that its 230 kW output makes it one of the most powerful such units in the world. Making 8.3kW/kg, this motor is twice as efficient as any other sportscar engine. The Woking outfit has also developed a unique battery system. The 1.647kWh unit delivers the best  power-to-weight ratio of any high voltage battery available today. In fact, the power density of this battery is four times that of the unit in the McLaren P1, providing 5.2kW/kg and output of 270kW.

The main reason for such high energy density is the world-first cooling technology that McLaren employs. The cells are thermally controlled by a non-conductive cooling system and permanently immersed in a lightweight, electrically insulative oil which quickly transfers heat away from the cells. 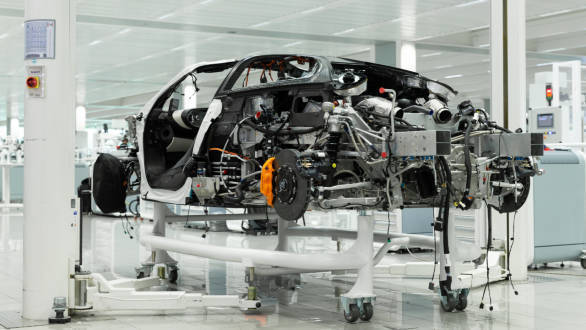 The McLaren Speedtail has been developed in homage to the Mclaren F1 hypercar of the early 1990s. It gets the same three-seat layout as the original with a central driving position. Also seen is the highly aerodynamic shape with an extended rear-section, to make sure air flows uninterrupted over the car. The breaks in the body are kept o a minimum, to make the teardrop shape even more aero-efficient. The McLaren Speedtail model is built around a bespoke McLaren Monocage carbon fibre structure. This has helped in offering a lightweight construction with the extensive use of carbon fibre in the body. Additionally, this limited-edition McLaren also comes with aluminium active suspension and carbon-ceramic brakes. The Speedtail weighs only 1,430kg dry.

The 106-unit production run of the McLaren Speedtail has begun at the McLaren Production Centre in Woking, UK. The hand-assembled cars, which sit at the top of McLaren's Ultimate Series,  are being delivered from February 2020.