More details emerge on the Skoda Scala hatchback ahead of debut

Skoda will unveil its new hatchback contender, the Skoda Scala, at an event in Tel Aviv on December 6. The Scala is a size bigger than the Fabia will compete internationally with cars like the Volkswagen Golf, Honda Civic hatchback and Renault Megane. 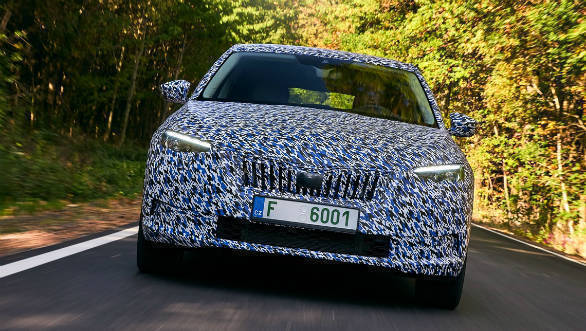 In the camouflaged photos officially released by the Czech carmaker, the Scala seems to follow the textbook Skoda design traits of sharp geometric lines and flat surfaces, with influences from the recent Vision RS concept. The butterfly grille is similar to what we have seen on the Octavia while the headlamps are smaller trapezoidal units.The roof ends abruptly into the boot, There isn't too much of the sloping, coupe-ish profile that we have come to see in many such cars lately. The Scala also get Skoda lettering on the tailgate, instead of the winged arrow logo from other cars. 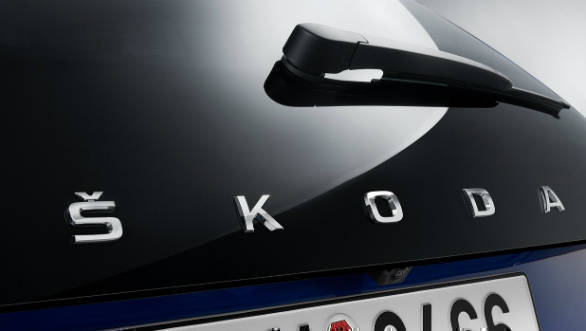 The interior of the Scala has been revealed in a design sketch and here too, there aren't too many surprises. The interior is exactly what we have come to expect from the car maker, reinterpreted in a slightly more minimalist set up. Most notable is the 10.25 inch virtual cockpit digital instrument cluster and the new 9.2 inches floating infotainment screen. 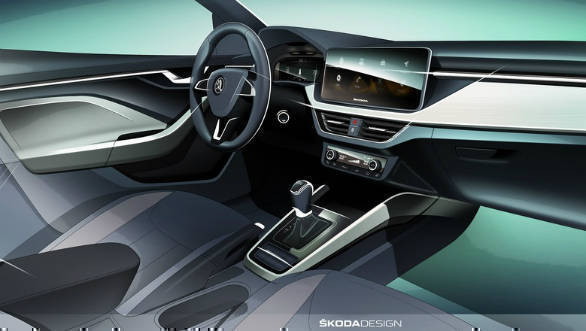 Dimensionally the Scala is significantly larger than the Fabia and is based on the MQB A0 platform also found in the Octavia and a host of other VW group cars. The car measures 4,362 mm in length, is 1,793 mm wide, and 1,471 mm high. Wheelbase is 2,649 mm. Interestingly, Skoda claims that the Scala has similar rear interior space to the Octavia. Kneeroom is 73 mm in both cars. Elbow room at the rear is 1,425 mm vs 1,449 mm for the Octavia and head room in the rear is 982 mm as compared to 980 mm in the Octavia. Boot space is 487 litres. 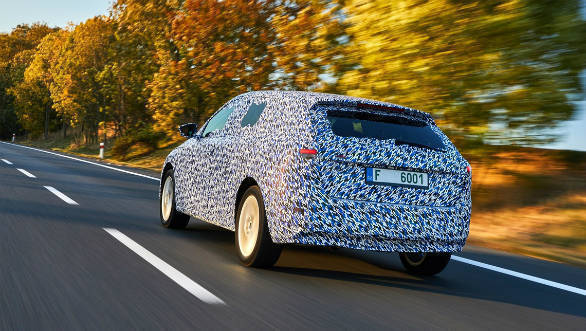 Five engine options will be available at launch. There will be three petrol options starting with a 95PS 1.0 TSI, a 115PS version of the same motor and going up to a 1.5 TSI with 150PS. The diesel engine will be a 1.6 TDI with 115 PS and 250 Nm. A 1.0 litre CNG fuelled motor will also be available putting out 90PS. The base petrol will be powered by a five speed manual. All other engines geta six-speed manual or a seven-speed twin-clutch automatic. 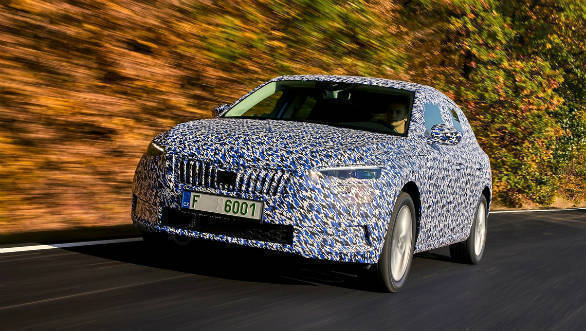 Notable features on Scala will be a par for the course in this segment. There are LED head an tail lights, ambient lighting, nine airbags and a full suite of safety features like adaptive cruise control, emergency braking, blind spot monitoring and so on. Most notable, the Scala comes with a comprehensive sport mode which lowers the car by 15mm and stiffens up the springs for a more engaing drive. 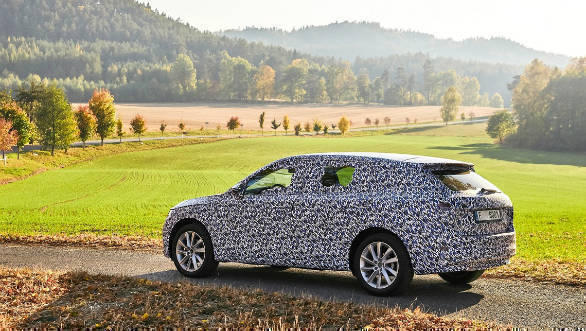 The Scala will go on sale by the first half of 2019 and should be priced between the Octavia and the Fabia. There is no news on whether this car will make an India debut. We haven't been kind to big expensive hatchbacks such as this one earlier but if Skoda India can bring this is as a more cost effective alternative to the Octavia, things might turn out differently. 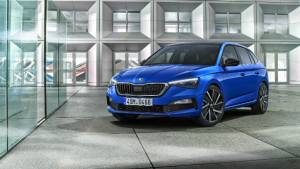 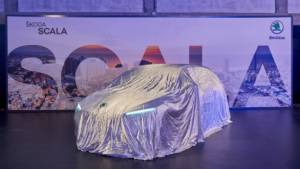