Advancing the cause of biofuels, BMW has created a Mini Cooper T which is fuelled by a tea-leaf composite. The company will debut the vehicle today at Gloucester in UK with prices yet to be announced. 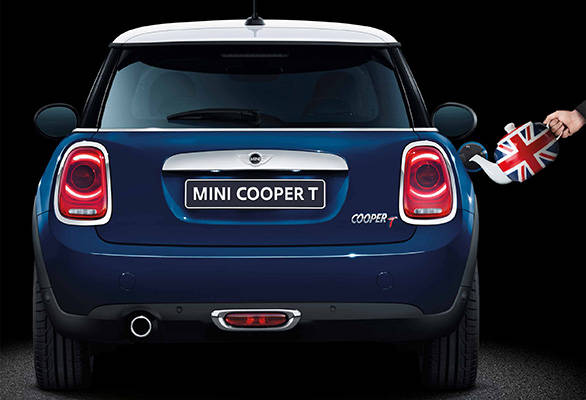 The car gives good mileage and does not lack in creature comforts as well. Company claims that the Cooper T can cover a staggering 64.3 kilometres on a single cup. This should give its owners incentive enough to stop drinking tea and utilize their daily dose of caffeine for the commute to office. This model gets all the functions and systems you would expect from a standard car running on gasoline like, VVT, ABS and DSC, it also has a unique filtration system named Dunk Avoidance Technology (DAT) which prevent any weird happenings with the fuel tank.

Head of Cooper T engineering, Ivana Kuppa, said, "This particular project has been brewing for years. Our extensive research has shown that the nation's favourite drink is also an ideal biofuel. We already know good things come in small packages, but with Cooper T customers benefitting from up to 40 miles per cup, we are delighted to have the opportunity to bring this car to market."

Before you take this too seriously, take a look at the tags