The electric crossover, Mini Concept Aceman represents how the brand envisions all its upcoming products. Later on, a production model of this EV will be released to bridge the gap in the lineup between the Cooper and Countryman. 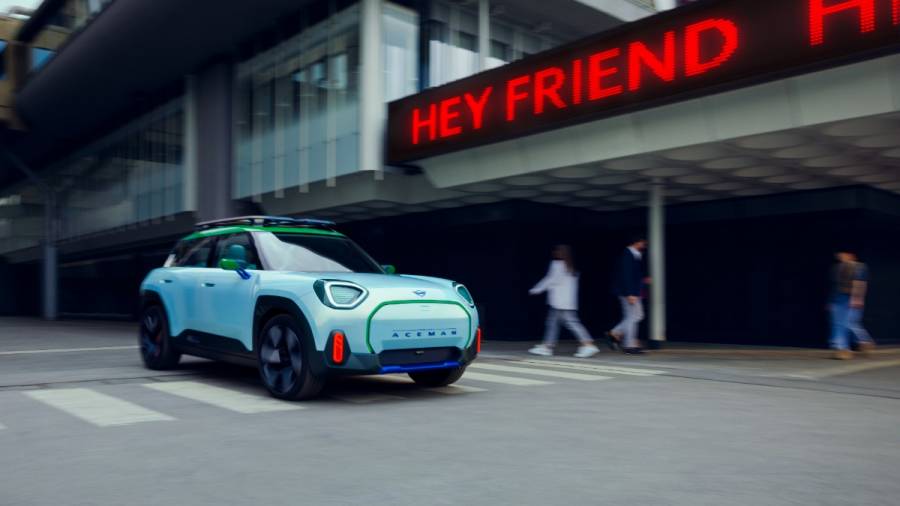 A joint venture between BMW, the parent company of Mini, and the Chinese giant Great Wall will see the new vehicle produced in China starting in 2024. By the beginning of 2030, Mini wants its whole global lineup to be electric vehicles. 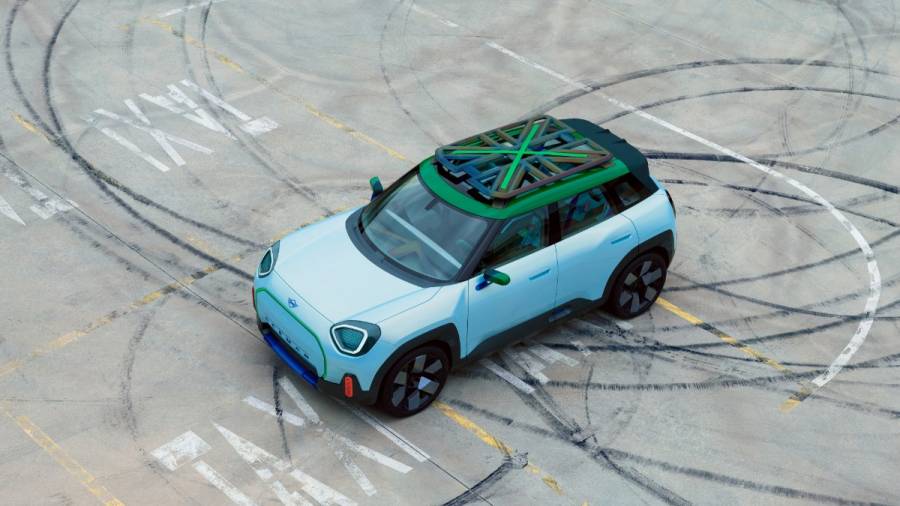 The Aceman's mechanical specifications arent disclosed by Mini just yet. The company is continuing to put its emphasis on the technology and design of the vehicle. The car is painted in the unusual shade of Icy Sunglow Green, which in these pictures has a blue tint. British Racing Green metallic paint covers the roof.

The Aceman has a development of the Mini's present appearance up front. A large grille to cool the engine is not necessary because this vehicle is an electric vehicle. Instead, LED lighting in the upper portion can display a Union Jack pattern. This region is outlined in green.

The Aceman sports headlamps are more angular in design than the circular headlights found on current Mini models. The lamps are surrounded by running lights, and the interiors include LEDs. 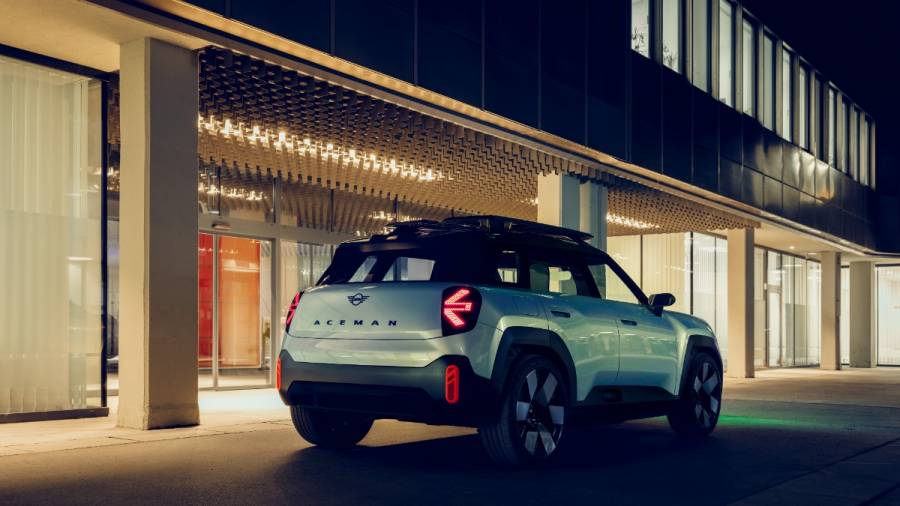 The wheel wells and the lower body are encircled by thick body wrapping. A roof rack in the form of a Union Jack is mounted to the top of the car. 20-inch wheels are used by the Aceman. The visual impact of the five spokes bending inward is intriguing.

The interior has a simple aesthetic, and Mini states that the cockpit has been pared down to "the bare essentials". The interior's flat dashboard is covered in a knitted textile surface and spans the whole width of the cabin. A support structure with yet another Union Jack pattern connects them. 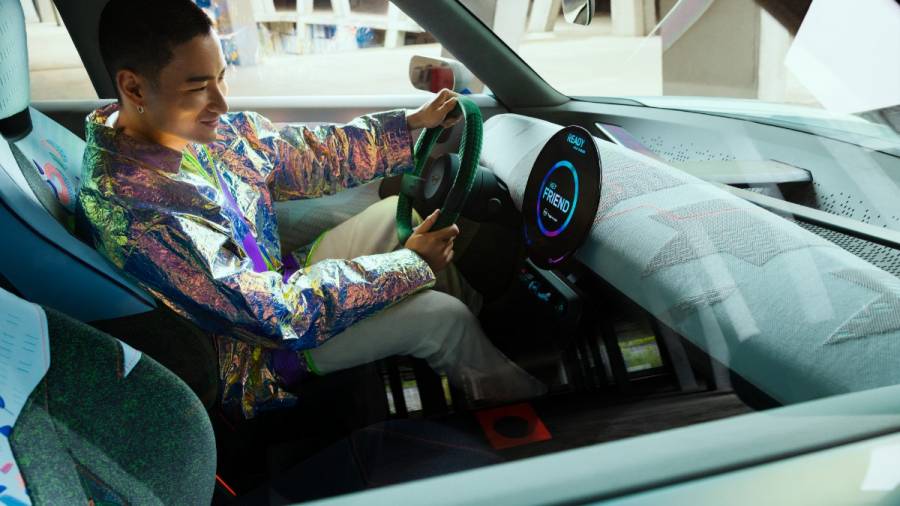 The centre touchscreen has a wide, rounded shape, another iconic Mini design cue; in fact, Mini says it's the first circular OLED display available in a car. It includes a completely new operating system that is for the first time based on an Android Open Source Platform, and it can be operated with touch and voice commands.

At the Gamescom video gaming convention, which begins on August 23 in Cologne, Germany, the Aceman idea will be presented to the general public for the first time.

BMW to showcase its hydrogen powered iX5 at...
Advertisement