Mini UK has launched a special edition of its Mini Convertible to mark the 25th anniversary of the car being first sold in this body style. This special edition Mini convertible, priced at GBP 32,995 (Rs 30.01 lakh excluding taxes and duties) and limited to 300 units, comes with a number of cosmetic updates to differentiate it from the standard car. 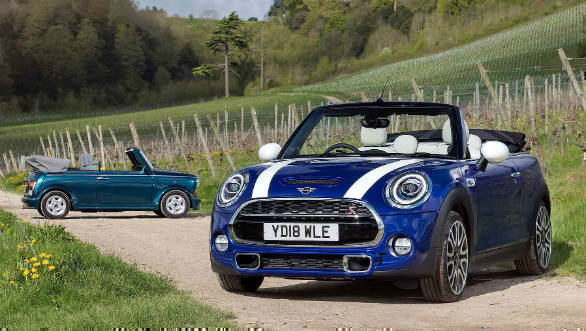 The new car starts life as a Cooper S Convertible but gets anniversary tread plates and plaque, a bespoke colour combination of lounge leather upholstery in satellite grey with a satellite blue exterior. This edition also features white mirror caps, white bonnet stripes, a Union Jack motif on the fabric roof and 18" two-tone alloy wheels in the 'Yours Vanity Spoke' design. 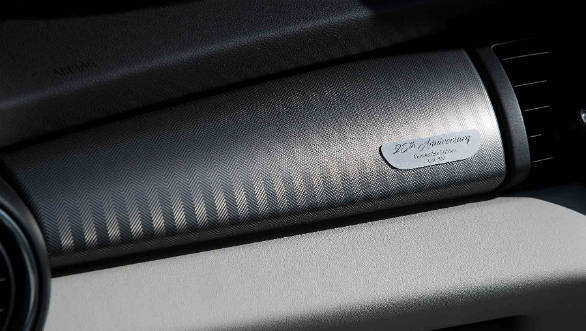 In terms of features, the car gets a the Chili Pack which adds automatic headlights and rain-sensing windscreen wipers, clear indicator lenses  in place of orange units, automatic climate control and LED headlights and fog lights and so on. A 'Navigation Plus' package and Harman Kardon Hi-Fi, as well as an interior commemorative plaque on the cockpit, also come as standard. 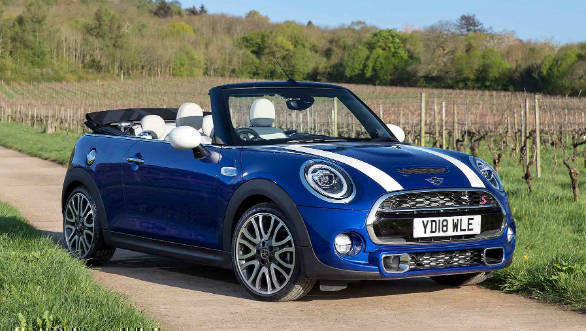 This new car is being built to commemorate the first convertible Mini to be sold in the UK in 1993. The car was based on the contemporary Cooper 1.3i but came with a strengthened body shell and cost twice as much as the regular hardtop Mini. Two colours, Caribbean Blue with a Grey hood and Nightfire Red were available. Other features included new alloys and chrome sill plates. The interior was finished with a burr walnut dashboard, a black leather steering wheel and colour-coded seat belts. 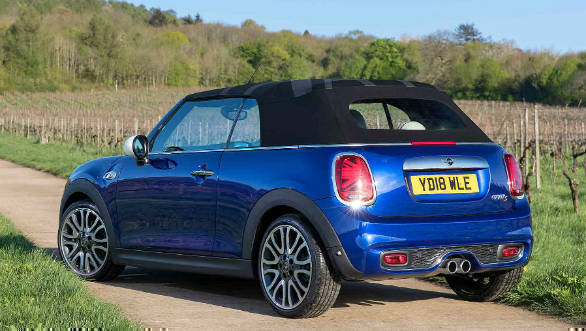 When the Mini first launched in 1959, the car was envisioned as a cheap, practical family runabout. But it so happened that the car was also good-looking and fun to drive and soon became something of a lifestyle choice. The original convertible Mini built on these attributes and this Mini anniversary edition adds to the present strategy of Minis being targeted towards a more youthful, non-traditional buyer.