Michelin to launch off-road tyres in India next year

On the sidelines of the Michelin press conference announced to set the ball rolling on Michelin's new television advertisement, officials revealed that the French tyre major has still more plans up its sleeve. Gary Guthrie, president, two-wheeler division, said, "We have rolled out 20 products so far. Even more will come." Michelin says it has more than doubled its business in India over each of the past two years and it is very optimistic about the Indian market. India is headed towards becoming the world's largest two-wheeler market and Michelins' interest in India is easily explained. Next, Michelin says it is working towards putting on sale off-road use tyres on the Indian market. 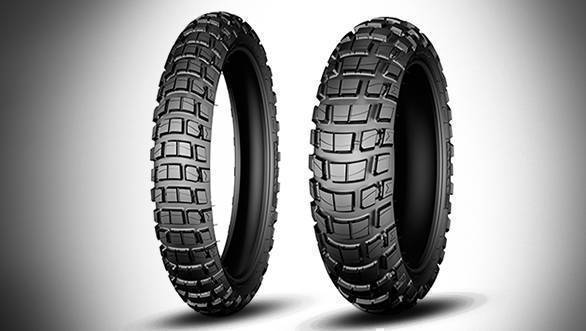 The off-road motorcycle market in India is relatively small, but among the old Hero Impulses, the new Royal Enfield Himalayan and the Triumph Tiger range, there is an increasing number of motorcycles that require off-road tyres. Usually, these bikes have 18- and 17-inch tyres at the rear, with 19- and 21-inch tyres up front. The replacements for the OE tyres can be hard to find.

Michelin is probably going to introduce its new Anakee Wild tyre. The Anakee Wild is a dual-sport tyre, which implies a balance between on-road and off-road use. We believe this is a good mix for Indian off-roaders who are usually plugging away at trails rather than more hardcore off-road riding. Michelin says the Anakee Wild is its first off-road radial tyre that offers tyre life as well as stability and comfort. The Anakee Wild is offered in a choice of two 19-inch front sizes and two 17-inch rear sizes.

Michelin's presence in India is through a growing network of 3,000 points of sale. The company currently sells seven tyre ranges, including a mix of imported radial tyres and the Sirac Street and City Pro tyres manufactured by TVS Tyres for Michelin. The company recently took its next step in Indian market by introducing its first television commercial.

Michelin tyres to get expensive by 8 percent...

Michelin ties up with Enviro for tyre rubber...
Advertisement