In addition to quietly announcing that manufacturing of the face-lifted Hector SUV is in progress, MG Motors is commemorating the MG Hector's one lakh production milestone. In January 2023, the next-generation Hector, which will be offered alongside the current model, is anticipated to be on sale. 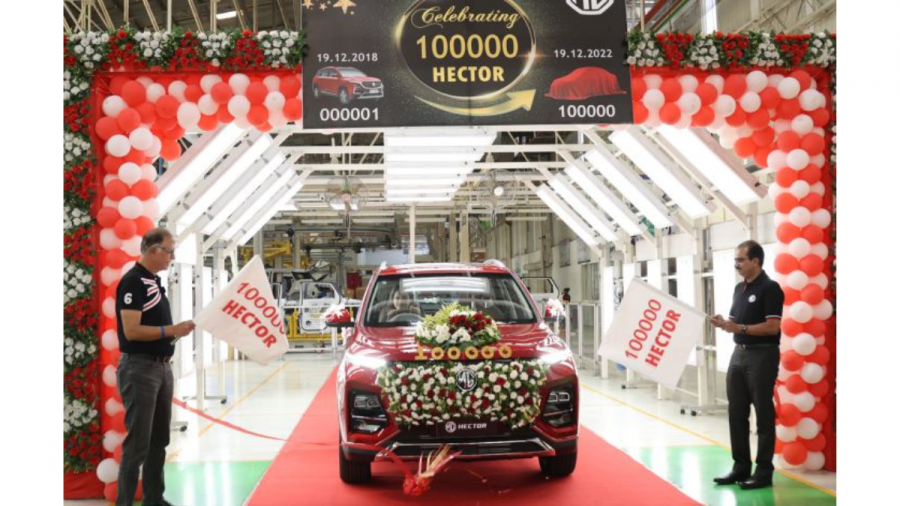 MG has been quiet on its future SUV, just offering brief teases of the vehicle. Heck, the automaker even covered the grille with flowers at the launch to conceal the fact that it was the revised model. However, the 2023 Hector has already been seen in pictures that were released, and it appears as follows:

The new Hector receives a gaping grille with a diamond chrome design on the front end, which is where the majority of the alterations reside. It is surrounded by headlamp clusters with dark surrounds that are mounted on a bumper, which also houses the ADAS sensor. The picture that MG India released also shows this sensor:

Similar ADAS features to those seen in the MG Astor are anticipated for the Hector. Features like adaptive cruise control, lane-keeping assistance, and forward collision avoidance should be included. 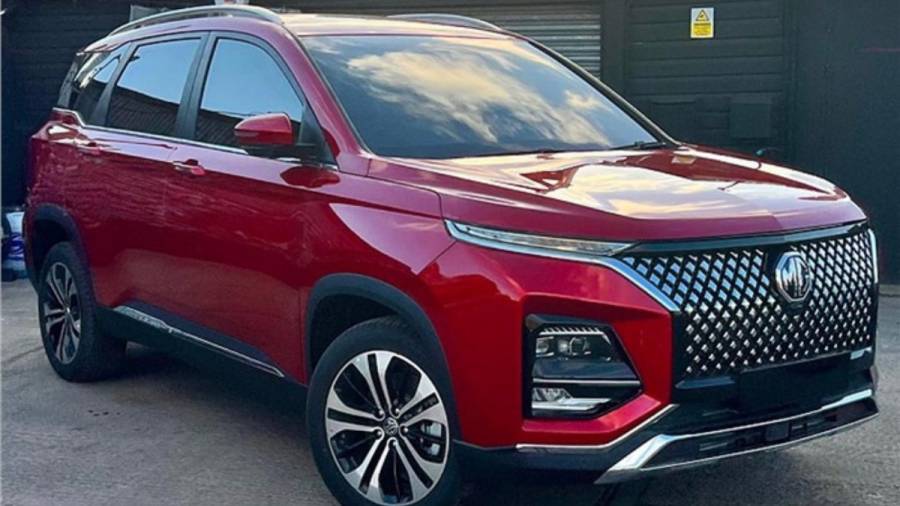 A 14-inch infotainment touchscreen in portrait orientation will be located in the centre of the dashboard of the 2023 MG Hector. Additionally, it will include additional connected technologies, a panoramic sunroof, ambient lighting, a digital driver's display, and other things that the well-equipped Hector currently has.

The updated Hector will have the same two engine choices as the current SUV: a 1.5-litre petrol engine with 143 PS (also available with a mild hybrid system) and a 2-litre diesel engine with 170 PS, possibly mated to a six-speed manual transmission. A CVT is an option for the gasoline engine as well. 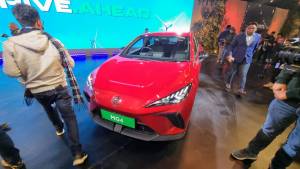 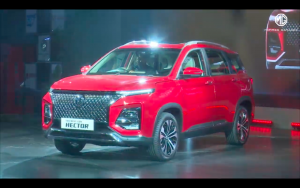 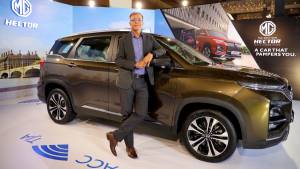