Mercedes to launch the B-Class diesel on July 11

Faced with stiff competition from Audi and BMW in the Indian car market, Mercedes-Benz is working aggressively towards regaining its lost luster. The German auto giant has already launched three new models in 2013  the new E-Class saloon, GL SUV and the A-Class hatchback. Now, the company is all set to unveil the B-Class diesel on July 11. 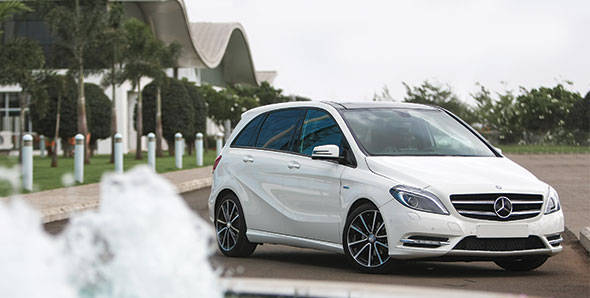 The B-Class is a compact MPV. The diesel variant B-Class will be called the B180 CDI. At the core, the B-class has the same 2.2-litre four-cylinder oil burner which also fuels the A180 CDI. The engine churns out 108PS and 250Nm of peak torque. Based on the new Modular Front Architecture (MFA), the engine is mated to a 7-speed dual-clutch gearbox, which transmits power to the front wheels.

The A-Class diesel variant boasts an impressive efficiency of 20.06kmpl. The same mileage figure is also expected in the diesel B-Class.

The B-Class comes with many safety features and luxury touches, as is typical of Mercedes. But since it'll be available in just the lower trim, it is likely to miss out on features such as the sunroof and 17-inch alloy wheels.

The pricing of the B-Class will also most likely be like the A-Class. The diesel variant will be priced lower than the petrol. The B180 will be a CBU till 2014. Later, the CKD units will be assembled at Merc's Chakan unit in Pune.