Mercedes teases interior of the AMG GT, to be launched later this year

Mercedes will not be launching the AMG GT at the New York International Auto Show but that hasn't stopped the manufacturer from releasing teasers of the car's interior. The Mercedes AMG GT is the successor to the SLS AMG supercar and is expected to debut later this year. This is the second car which will be manufactured independently by Mercedes AMG and is part of an exercise which aims to promote the AMG brand in a more aggressive manner. This is what Tobias Moers, CEO, Mercedes-AMG GmbH, had to say about the AMG GT, "The new Mercedes-AMG GT proves that we will be positioning AMG as a dynamic sports car brand even more strongly and aggressively than before." 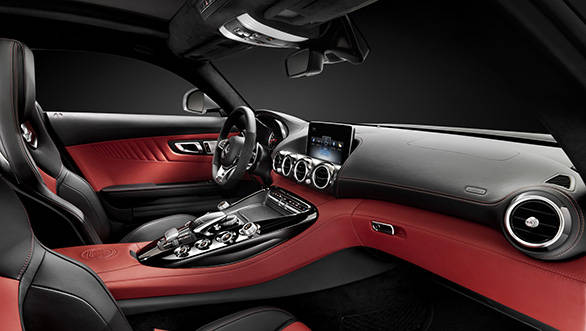 The cabin has been exquisitely crafted and the attention to detail given is evident from the high quality. The cockpit has been designed with the intent to further the "aviation design" philosophy found in most Mercedes-Benz sports cars.  The whole dashboard resembles the wing of an airplane with the AC vents giving the appearance of a jet engine. The four vents are centrally located with two more vents placed on both ends of the dashboard.  The sporty nature is very intimately conveyed with the positioning of the controls for the AMG drive unit on the centre console which resembles the cylinders of a V8 engine. 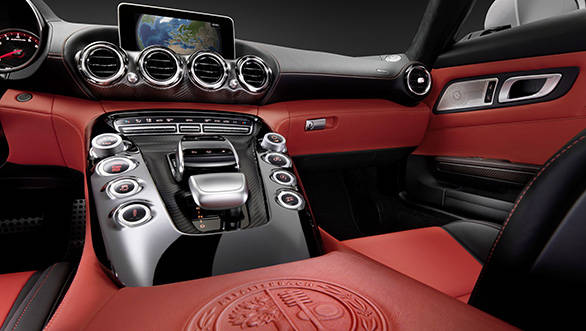 This teaser image is sure to get more hype to the launch of the vehicle. We for one can't wait for the car to debut and are expecting the sports car to be revealed at this year's Paris or Los Angeles Motor Shows. 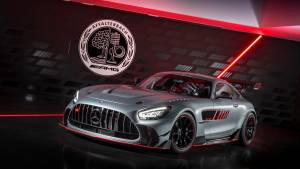