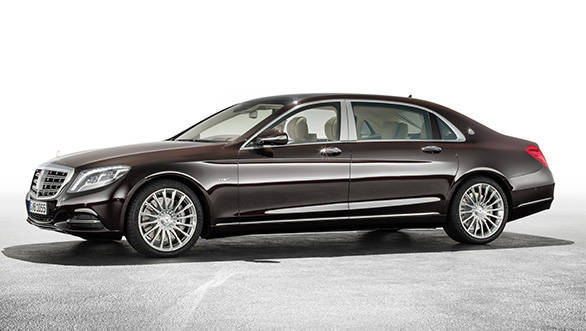 Features on the S 500 include massage function on all seats, Magic Sky control and also Mercedes' Magic Body Control. Like the S 600, the Mercedes-Maybach S 500 is 207mm longer than the S-Class and features new 19-inch wheels and an optional 20-inch set. The interior too is similar to the S 600 and uses Nappa leather, metal and wood.

Bookings for the S 500 start today while, believe it or not, the S 600 is already sold out.