Mercedes-Benz has just unveiled a new line of engines which, according to them, are "more powerful, more economical and cleaner." These include one diesel - a 3.0-litre inline-six  and three petrols - a 3.0-litre turbocharged inline six, a 4.0-litre twin-turbocharged V8, and a twin-turbocharged 2.0-litre four-cylinder. But don't let the whole focus on efficiency fool you, because these engines put out some big numbers! 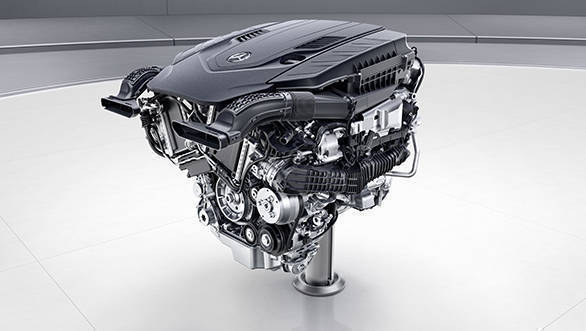 The biggest and most powerful engine - the 4.0-litre twin-turbo V8 - will be available on the Mercedes-Benz S-Class from next year. Although Mercedes-Benz already has 4.0-litre V8 which is used in the AMG GT S, it was probably developed specifically for outright performance. Codenamed M 176, this engine produces 476PS of power and 700Nm of torque, which is 21PS more than the M 278 V8 currently used in the S-Class.

However, despite this, Mercedes claims that this will be one of the most efficient V8s in the market - 10 per cent more frugal than the M 278. This is thanks to Mercedes' Camtronic valve timing system and a cylinder deactivation system.

The Camtronic valve timing system - which is essentially a mechanical variable valve lift system - uses an electronically controlled acctuator alternates between a low lift cam profile and a high lift profile depending on how much power the driver wants. The low lift profile lets in lesser air-fuel mixture for better efficiency, while the latter allows more of the mixture into the piston for better combustion and therefore better performance.

The cylinder deactivation system, which works along with the Camtronic setup, deactivates four of the eight cylinders whenever possible when a power isn't a priority  - for instance, while driving in traffic. Like in the Mercedes-AMG GT S, this new engine will also get two turbochargers which are placed between the V of the cylinders for better efficiency and performance. 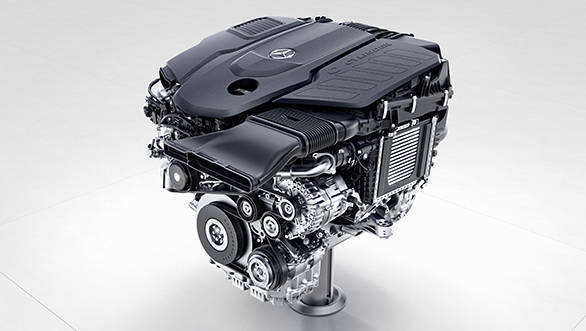 Mercedes is calling the new six-cylinder turbo diesel engine it's most powerful passenger-car diesel engine. It produces over 313PS, from the outgoing OM 642 engine's 258PS, and yet is claimed to be over seven per cent more efficient. This is thanks to the Camtronic valve timing system, and a stepped-bowl piston design which optimises combustion.

Of course, this completely depends on the level of load on the engine. The engine uses a Camtronic switchable exhaust camshaft which determines how much exhaust gas will be recirculated into the combustion process. 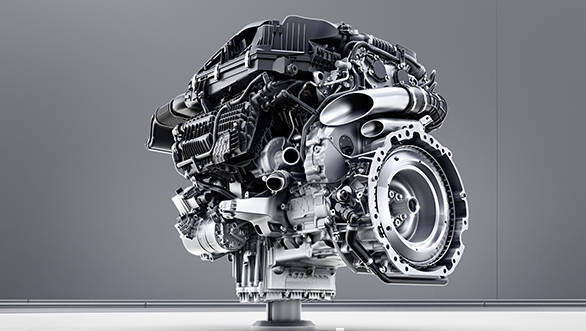 According to Mercedes-Benz, the new six-cylinder turbo petrol will make as much power and torque as the current eight-cylinder engine - 408PS and 500Nm. At the same time, emissions are claimed to be 15 per cent less than the current V6 petrol.

This is a perfect example of electrification, according to Mercedes, with the 'intelligent turbocharging' an integrated starter-alternator (ISG) and a 48V electrical system. The intelligent turbocharger uses an electric auxiliary compressor to feed air into the engine at lower revs, thereby eliminating turbo lag and also reducing the load on the engine.

An ISG is located between the engine and gearbox and is linked to the crankshaft of the car. It performs the functions of an alternator and starter motor, and thereby eliminating the need to have two separate units. It also makes the whole belt drive system at the front of the engine redundant. This reduces the length of the engine and will allow Mercedes to use this engine in other models without too much trouble.

The ISG also helps with increasing fuel efficiency by functioning as a mild-hybrid system. It generates and stores electricity from the rotation of the crankshaft and uses it to power the car from a standstill. It also works with the start-stop system to start the motor as soon as you hit the accelerator pedal. 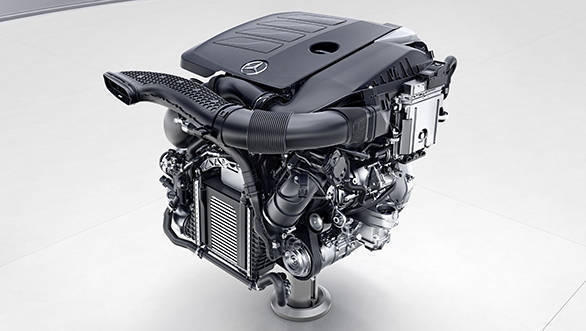 Although Mercedes hasn't disclosed too much information on this engine, it did say that it would produce a specific output of 134PS per litre. It features a twin-scroll turbocharger and a belt-driven 48V starter-alternator (BSA). The biggest differentiator between the BSA and an ISG is that a BSA, as the name suggests, is belt-driven. However, it performs similar efficiency-improving functions such as starting the engine for the start-stop system, generating and storing electrical energy and providing boost to the engine till it hits the 2,500rpm mark.