The Mercedes-Benz EQC electric SUV, the first model from the company's all-electric EQ sub-brand has finally been unveiled. After much teasing, the SUV's full design and other details have finally been made public. 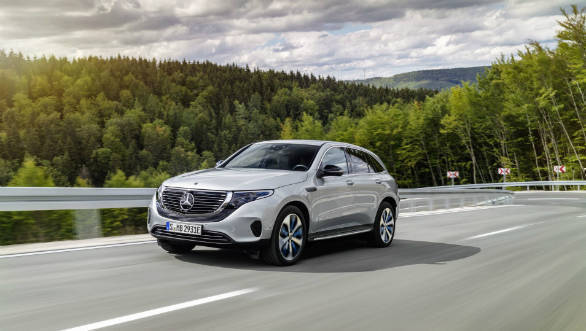 The EQC looks very similar to the GLC-Class in profile, with which it shares its underpinnings. The multi-spoke alloys are especially unique and a nice design touch to go with the car's futuristic outlook. The front and rear fascias though are completely new and do a good job of being relatable to the standard Merced range, while establishing the EQC as its own thing. The front gets an EQ-specific grille with illuminated Mercedes badging with LED strip connecting the new headlights. This design element is carried over to the rear as well, with the slim tail lamps also being similarly connected. This design element is expected to be an EQ-brand signature. A more aggressive AMG-line design package is also available. 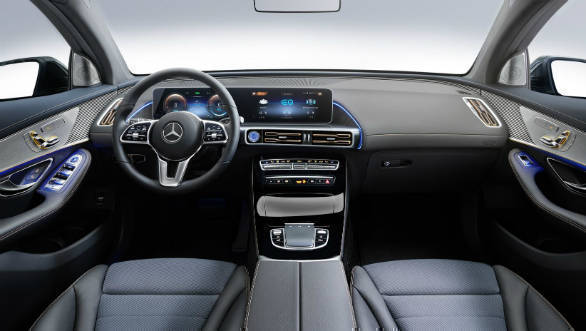 The interior also follows a more sleek and futuristic adaption of traditional Mercedes design cues. The MBUX infotainment system with the two 10.3-inch screens dominates the interior with its many features and voice-activated functions. Other touches which distinguish this car are new AC-vents and rose-gold cabin accents. 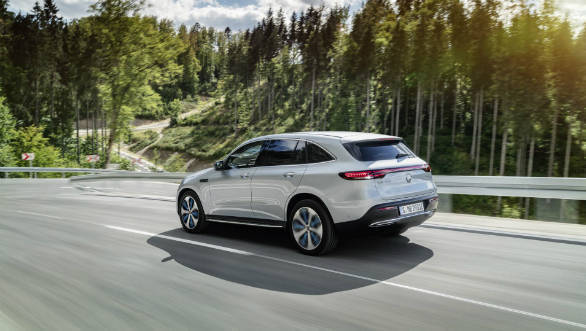 The EQC is powered by two electric motors mounted on each axle which gives it all-wheel drive capabilities. This set up combines to put out 407PS and 765 Nm. The two motors are not identical, the one in front is tuned towards efficiency while the latter is tuned towards spirited driving. Power comes from an 80 kWh battery which can get from 10 to 80 per cent charge in 40 minutes with a fast charger. 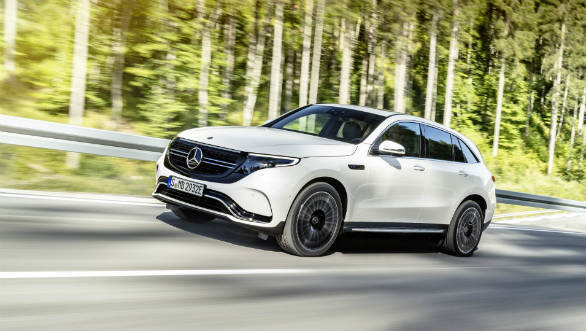 There is no news yet on pricing but it is expected to be on par with the Jaguar I-Pace. The EQC is expected to launch in the latter part of 2019 but no details are available about an India launch. 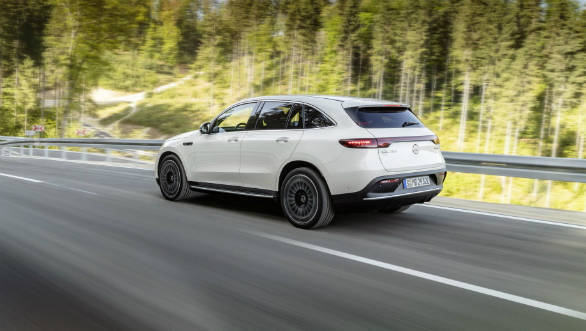