Mercedes-Benz has put out a teasing clip showing the design process behind a new electric supercar concept that the firm is set to debut at this year's Pebble Beach Concours d'Elegance. The design is being called the Aesthetics Progressive Luxury concept and is heavily inspired by the legendary Silver Arrows race cars from the 1930s. It is expected that this concept is a preview to a flagship car for Mercedes' new EQ electric sub-brand.

The car features a long hood, a tubular body structure with the wheels pushed out, a cowl behind the passenger headrest, which turns into a fin further adds to the retro appeal. No details are available about performance figures, but expect power from the electric powertrain to breach the 600PS mark quite easily. 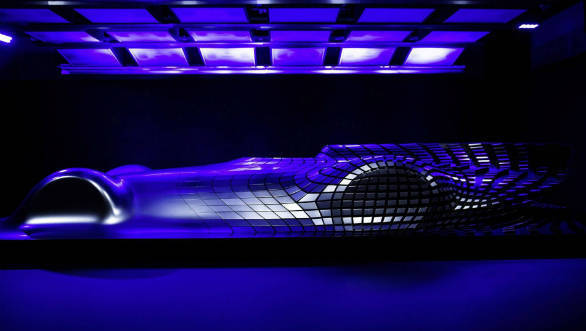 The first EQ car, the EQ C will make its debut at the Paris Motor Show in October. This concept seems to a step to that, building up interest in the new brand. The EQ brand will be critical for the carmaker to assert itself in the face of the massive changes taking place in the car world in terms of electric vehicles.