Mercedes-Benz has revealed the second generation of its MBUX infotainment system, ahead of its debut in the new-gen 2021 Mercedes-Benz S-Class later this year. This interface has been heavily updated, and will now feature up to three screens in the rear of the new luxury sedan and a large central display. 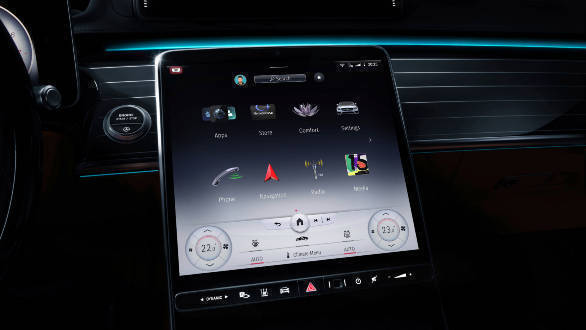 The MBUX interface now has portrait orientation, and can optionally be had with an OLED display and haptic feedback. This has reduced energy consumption and improved contrast in the display. There are 27 fewer physical buttons now in the 12.8-inch central display. The unit features a 320 GB SSD hard drive, 16 GB RAM and is able to receive OTA updates. This screen, along with the instrument cluster, can be configured in four display styles (Discreet, Sporty, Exclusive, Classic) and three modes (Navigation, Assistance, Service).

The screens at the rear are now more connected than ever. Upto seven profiles can be saved, with seat and music preferences transferrable to any seat. Further, these functions can now be stored on the Mercedes Me cloud and be shared across Mercedes cars. 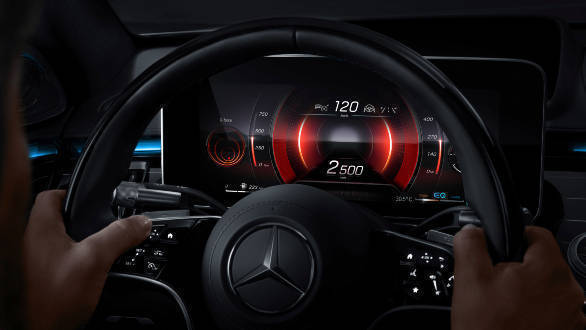 Security is also very well taken care of with the addition of fingerprint, face and voice recognition. The driver's display can also be equipped with cameras for facial recognition. In fact, the driver's display now uses an LCD display with a special pixel structure and a controllable LCD aperture grille to create a 3D effect, by tracking the user's eye position. Further, two different HUD options are available. One of these features AR to allow for driving assistance systems and navigation information to blend into the driver's field of vision.

The 'Hey Mercedes' voice assistant has been heavily revised to become better at understanding regular conversation. Rear occupants now have control over this assistant as well, and the activation term is no longer needed to perform basic functions like answering phone calls. The energizing program for the front drivers and the wellness program for the rear can now also be activated via this assistant. The assistant now understands 27 languages, and can even answer questions general knowledge questions. Domestic systems and home appliances can also be linked to the vehicle and voice-controlled thanks to the Smart Home function. 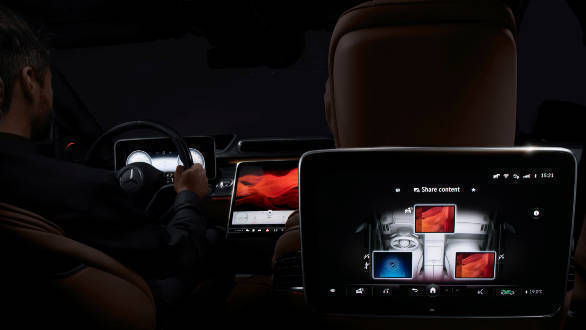 The Interior Assist function has been expanded with this update as well. Gestures can now be used to control up to 20 functions. This also includes the operation of the sunroof by hand gestures, allow mirror adjustment by just looking at them, controlling the rear sunblind by glancing over the shoulder, among other things. It can also read when you are ready to step out of the vehicle by detecting body movements, and it can configure seat and steering settings automatically when you enter the car.

The new S-Class is expected to be revealed internationally in the next few months, with an Indian debut next year. Like with the current-gen MBUX, we can expect most of these features to be brought down to India, with some deletions being made due to regulatory and cost considerations. 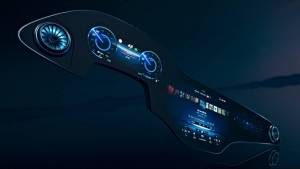