In this day and age, most companies, especially in the automotive industry, are replacing humans with robots to save time, cut costs and improve standardisation. However, when one walks into a Mercedes-Benz dealership to put down his order for a very expensive S-Class, one does not expect to receive an ordinary vehicle that any Tom, Dick and Harry can have. No, one expects a certain level of individualisation in one's Mercedes-Benz S-Class that makes it unique. That's why Mercedes-Benz has decided to replace its robots with actual people at its plant in Sindelfingen, Germany.

As it turns out, the level of personalisation required by customers is beyond the capabilities of a robot. "Robots can't deal with the degree of individualization and the many variants that we have today. We're saving money and safeguarding our future by employing more people," says Markus Schaefer, Mercedes-Benz's head of production. 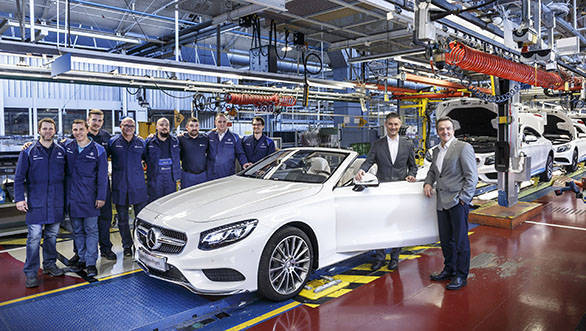 An added benefit of reduced automation is the flexibility of shifting a production line. According to Schaefer, Mercedes-Benz can shift a production line within a weekend if people were working in it, whereas it would take weeks to reprogram the robots and change the assembly patterns. During this period, production would come to a complete halt.

This however, does not mean that on one fine morning, there'd be a giant pile of robots stacked outside the Sindelfingen plant. In fact, from now on Mercedes-Benz will simply use smaller and more flexible robots that will work side-by-side with human workers. This is something that Mercedes-Benz calls 'robot farming'. "We're moving away from trying to maximize automation, with people taking a bigger part in industrial processes again," says Schaefer on future plans. "We need to be flexible." 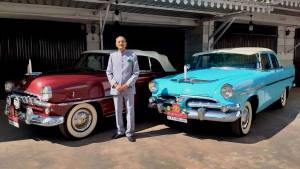