Mercedes-Benz India has inaugurated the country's largest parts warehouse which is spread over an area of 16,500 sq mt. The company says that it's new warehouse has the capacity to store 44,000 parts. It is located at the carmakers production facility in Chakan, near Pune.

In an official release, Mercedes-Benz India has stated that the new warehouse will 'improve operational efficiency and enhance spare parts availability for end customers resulting in higher customer satisfaction.' Along with the parts warehouse, the company has also opened a new Vehicle Preparation Centre (VPC) and a retail training centre- Mercedes-Benz Academy. 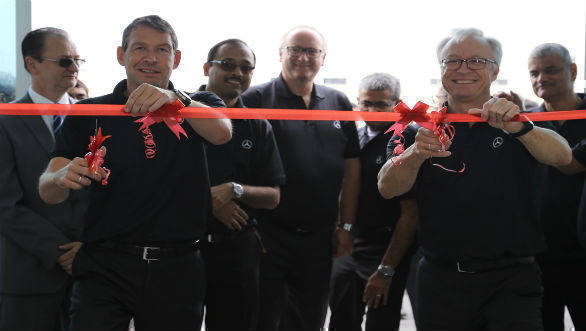 The carmaker says that the VPC has the capacity to stock 5,700 vehicles. It is housed in a five storey building and has been set up with an investment of Rs 1.5 crore. It is basically used to store new vehicles until they get allotted and are dispatched to dealerships. One entire floor has been reserved for CBU units and it has six vehicle loading lines for six different car carriers. 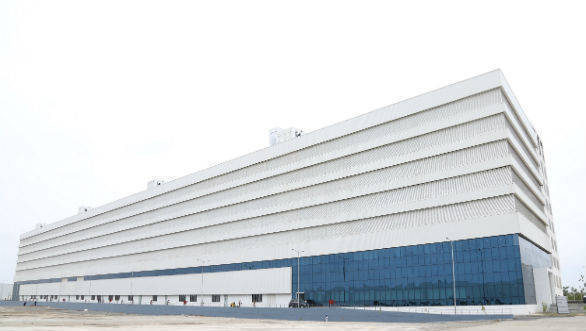 Speaking on the occasion, Dr. Till Conrad, head-region overseas Mercedes-Benz Cars at Daimler AG said, "India remains one of the bright spots for Mercedes-Benz and this expansion of infrastructure and investment in retail training signifies our strong customer centric approach and long-term vision. Mercedes-Benz is not only expanding its world-class infrastructure here in India, but also strategically developing the skill-set of its workforce."

The carmaker had recently launched the GLS 400 in India which is the only petrol-powered SUV in its segment.