Mercedes-Benz has revealed its second fully-electric car, the Mercedes-Benz EQA. The EQA will be the entry-level offering of the Mercedes-EQ electric car range and joins the larger EQC in the line-up. Like the EQC, the EQA is derived from a traditionally powered Mercedes model, this time the GLA.

The styling of the EQA incorporates the now-signature elements of the Mercedes-EQ sub-brand. So at the front, the traditional grille has been replaced by a gloss black panel while the headlamps have been reworked with new details. These include blue highlights and the connecting fibre-optic LED strip between the two units. There is a marginally reworked bumper too. Along the bodywork, there are blue EQA badging and aluminium roof rails. The alloy wheels on the EQA can be optioned in two or three colour patterns( up to 20-inch) differentiated by their copper highlights. At the rear, the taillamps have been reworked and repeat the connected light signature of the front. The number plate has been moved to the bumper now to accommodate this. The drag coefficient for the EQA is 0.28, same as the GLA. The GLA has 200mm ground clearance while numerous changes have been made to the undercarriage and the fascia to improve strength and aero efficiency. 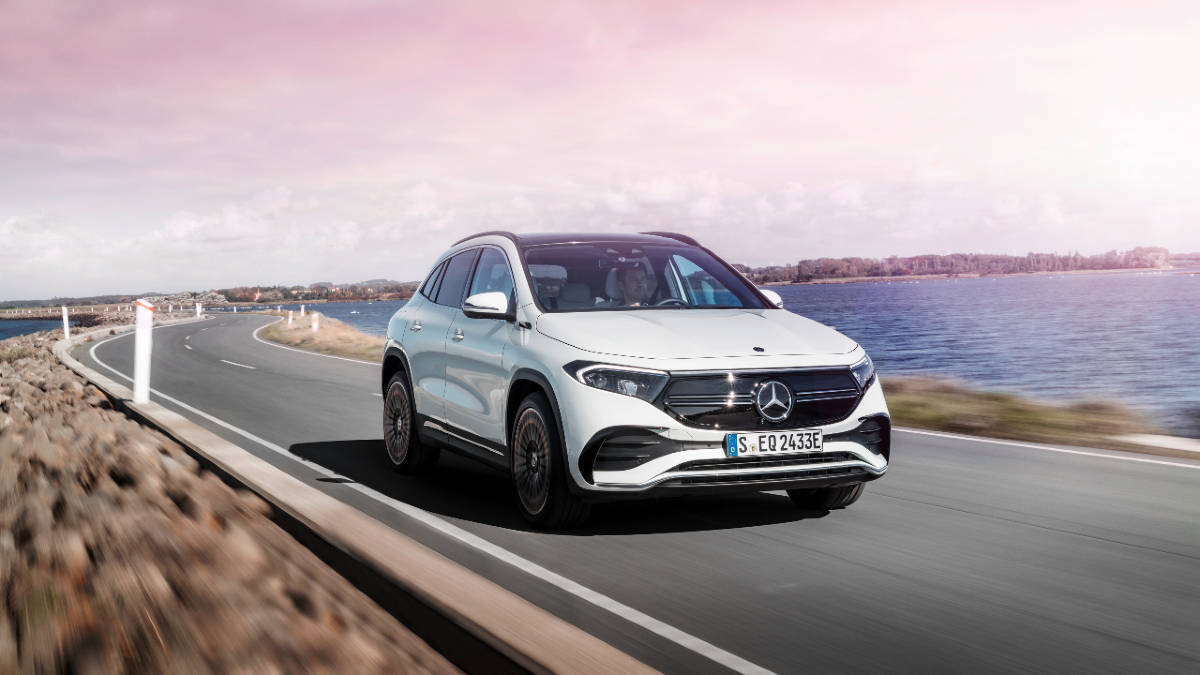 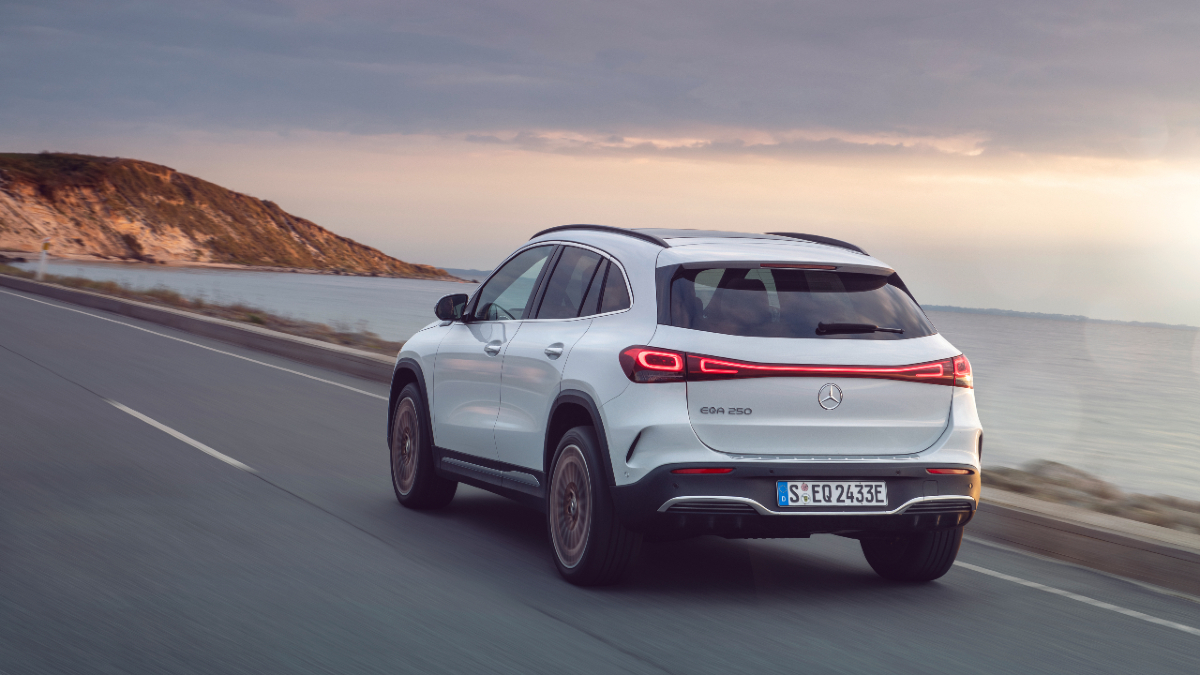 On the inside, the EQA's dash is largely a carryover from the GLA. So you get the same free-standing twin 10.25-inch display and the turbine-style vents with the slim aluminium switchgear. Added to the EQA is a backlit trim piece on the passenger side with spiral detailing, rose-gold vent highlights while the MBUX instrumentation features unique Mercedes-EQ graphics. A unique set of upholstery options are also available depending on the variant chosen. Standard equipment on the EQA consists of LED headlamps with auto high beam, powered tailgate, 18-inch alloy wheels, 64-colour ambient lighting, powered seats and a rear-view camera. Two design themes are available, Electric Art and AMG Line with a limited-run Edition 1 added at launch. 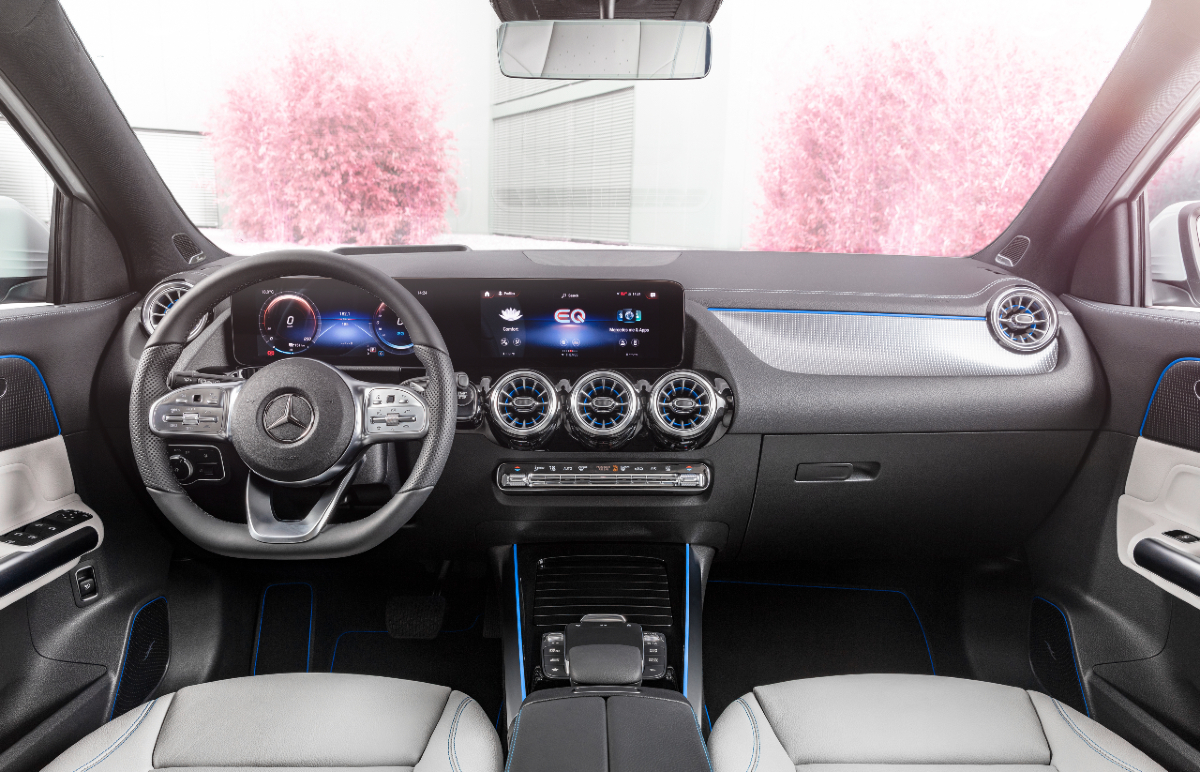 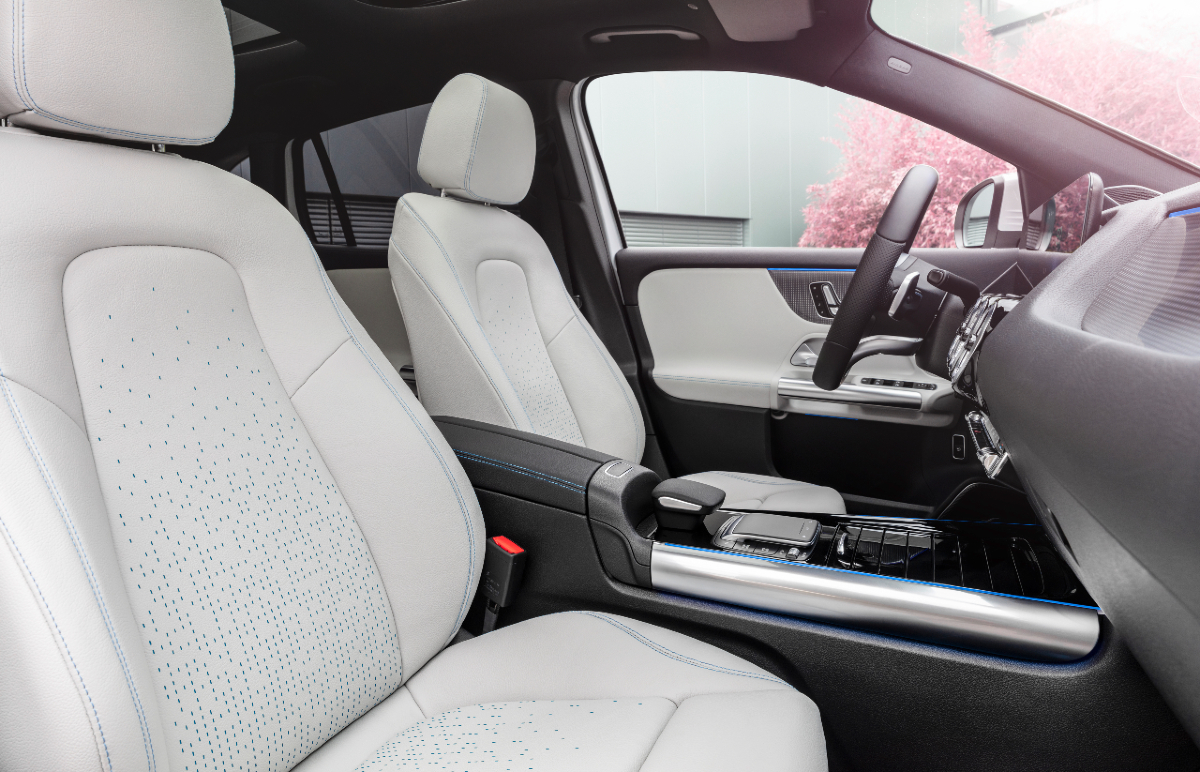 At launch, the electric crossover will come in its EQA 250 guise. This uses a single electric motor on its front axle making 190PS and 375 Nm, allowing the EQA to get from 0 to 100 kmph in 8.9s and reach a 160 kmph top-speed. Feeding this is a double-stacked lithium-ion battery of 66.5 kWh usable capacity, fitted underneath the passenger compartment as a structural element of the EQA. This battery has a maximum voltage of 420 V and gives the crossover a 426 km range(WLTP). A fast charger will charge the battery to 80 per cent capacity in 30 min while a wall box will do it in 5h 45m. Eventually, an AWD version with another motor on the rear axle and an extended range version with over 500km will be added to the line-up.

The Mercedes EQA will launch globally later in 2021. With the imminent launch of the GLA and the EQC already available in India, we expect to eventually see the EQA being added to the Mercedes-Benz India line-up.