Mercedes-Benz, BMW and VW among 553 cars banned in China

In order to bring down the harmful effects caused by pollution, the Chinese government has brought stricter laws to reduce emissions and also increase the focus on greener vehicles. The China Vehicle Technology Service Centre has now reportedly banned over 553 cars that do not abide by the set fuel economy figures. These cars include models from popular brands like Mercedes-Benz, BMW and Volkswagen. The complete list of cars that have been banned has still not been let out. However, it is said that most cars are sedans. The ban on these cars has come into effect from January 1, 2018. 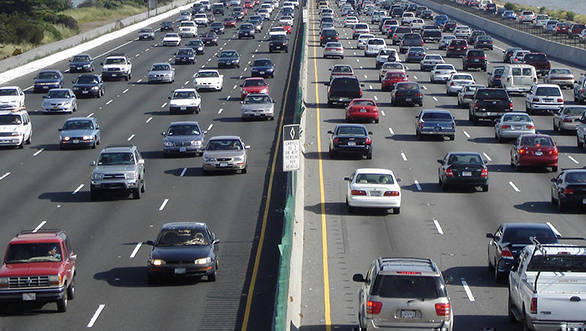 It was already known that China has been increasingly promoting alternative fuels for vehicles for a long time now. In fact, last year, the sale of electric vehicles stood at 3.36 lakh units a year, which is also expected to grow further. 553 cars for a small part of the large number of cars that are produced and sold in the country. The above mentioned names are of popular car brands, not to forget China also houses local brands that make cheaper replicas of popular offerings.

The air quality has been worse in China, similar to what we have experienced in Delhi-NCR in India. However, in Beijing, the Chinese capital, has recorded an improvement in the air quality, that is said to be the best in the last nine years. This can be also credited to the improved weather conditions in Beijing. According to Reuters, the average levels of pollutants in Beijing has come down to about 35 per cent from that in 2012, with the maximum change recorded in 2017.